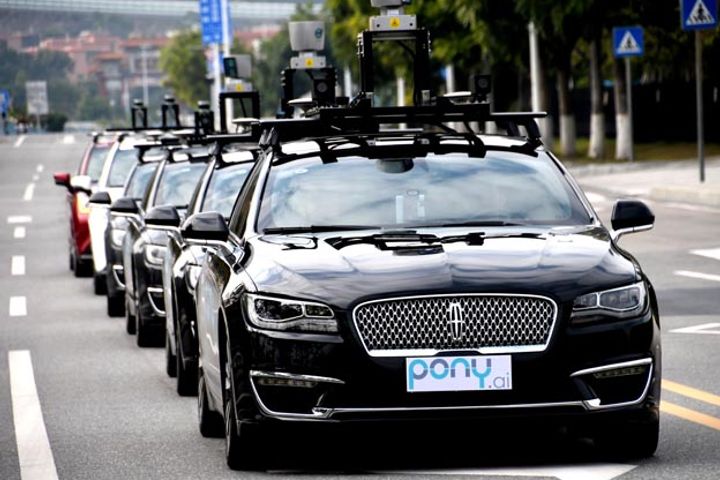 (Yicai Global) July 3 -- Driverless car firm Pony.ai has secured a road test license from Beijing authorities, making it the first startup able to try out its technology on the streets of China's capital.

The municipal government has handed out a T3 license to the Beijing-based company, which aims to carry out large-scale public road testing, state-backed China News Service reported.

China is expected to be the biggest market for driverless cars globally, driven by the population's positive attitudes toward new technologies, a recent McKinsey report found. The country will have about 8 million autonomous cars by 2030 and over 13 million by 2040, while sales of self-driving vehicles will increase substantially from USD230 billion in 2030 to USD360 billion in 2040.

The T3 permit is the highest level road test license plate issued to autonomous vehicles in China at present as it includes comprehensive capacities such as the recognition of and compliance with traffic rules, route execution and emergency response. Baidu was the first company to obtain such approvals in the capital.

Founded in December 2016 jointly by former Baidu engineers James Peng and Lou Tiancheng, Pony.ai already obtained a test license for autonomous vehicles in California last year. The startup tested vehicles in an open road test in Guangzhou at the end of last year.