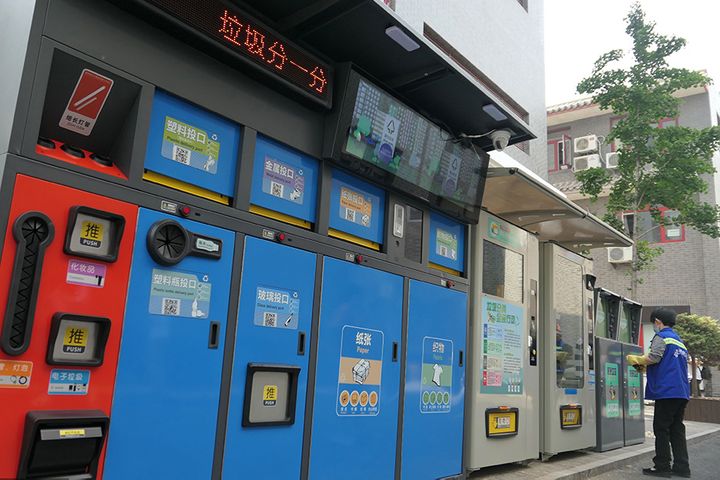 (Yicai Global) Oct. 15 -- Beijing has welcomed public input before intending to kick off a new waste management regime which stipulates that individuals who fail to comply must pay CNY200 (USD28.30), while risking their credit reports.

The period of public feedback for the draft ends on Nov. 13, the Beijing Municipal Commission of City Administration said in a statement on its website, without specifying when the new policy would take effect.

In July, Shanghai launched a similar policy shift, expanding the number of different types of trash cans in local communities while aiming to improve waste disposal.

Beijing would prohibit hotels and restaurants from offering disposable utensils or toiletries, according to the draft. The capital city could slap businesses that repeatedly break the rules with fines worth up to CNY5,000 (USD707.20).

Beijing intends to support the transition by improving waste management facilities in local markets and logistics centers. Residential communities would need to set up separate containers for kitchen waste, recyclables, hazardous waste, and others.