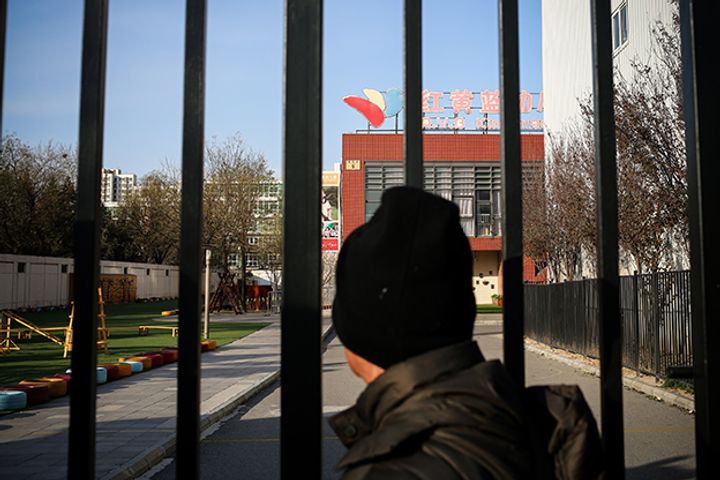 (Yicai Global) Dec. 28 -- A Beijing court has sentenced Liu Ya'nan, a kindergarten teacher convicted of child abuse, to a year and a half in prison and barred her from caring for or teaching minors for five years after her release.

The court in Beijing's eastern Chaoyang district where the school lies issued its final judgment in the child abuse case on Dec. 26 after a one-year trial.

The scandal precipitated a steep decline in the stock price of Beijing-based RYB Education, the school's operator, which listed in September last year. The firm's shares [NYSE:RYB] flopped 38.4 percent to close at USD16.5 on Nov. 25 last year, under the offering price of USD18.5.

RYB Education respects the judicial process and firmly opposes child abuse. It deeply regrets the public anxiety and distress the incident caused, and again sincerely apologizes to the families involved and the public, the firm said in a statement today.

This case demonstrates the need for it to constantly strive to improve its corporate management though the matter was an individual act and police and mainstream media have since refuted the vicious rumors it spawned, it added.

RYB Education has actively responded to the government's call and registered its preschools as public interest institutions to take on greater social responsibilities and make greater efforts to provide high-quality pre-school education.

Founded in 1998, RYB Education has over 1,300 parent child learning centers and nearly 500 kindergartens in more than 300 cities across China.

Liu Ya'nan was a teacher in RYB's kindergarten in Beijing's Chaoyang district. Local police arrested her after dozens of parents reported in November last year their children being administered tablets and injections without parental consent and provided abundant photo evidence of pinholes in their children's skin.

The defendant Liu abused the children she tended, the Beijing court pronounced in its verdict on Dec. 26. It found that her behavior seriously hurt these minors' physical and mental health and constituted the crime of mistreating those under care. The court accordingly held her subject to legal punishment, state-backed Xinhua News Agency reported online today.

RYB Education will upgrade the monitoring system in its kindergartens to ensure constant and real-time surveillance without any blind-corners, the firm said in an apology letter after the child abuse incident.

The  Chinese government issued a directive on Nov. 15 that banned listed  companies from investing in for-profit kindergartens via stock market  financing. RYB Education's share price fell sharply to close at USD5.95 on Nov. 14, way below its USD16.55 closing price on the previous trading day.