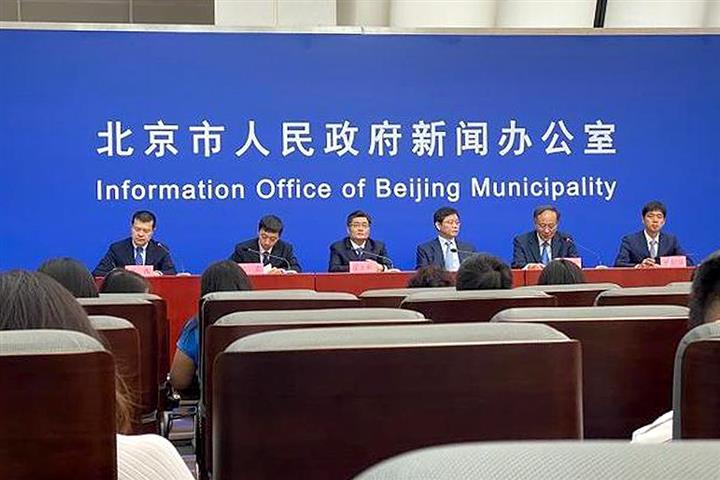 (Yicai Global) Sept. 11 -- Beijing will build the world's first high-level autonomous driving demonstration zone, Kong Lei, the special team leader for the project, said today at a press conference for the sci-tech 2020 Zhongguancun Forum set to run from Sept. 17 to 20 in Beijing.

The goal of the zone is to support large-scale operation of driverless vehicles above the third-highest Level 4 as well as lower levels, and Internet of Vehicles application scenarios.

The pilot zone will be in the Beijing Economic and Technological Development Area in Daxing district on the city’s southern outskirts, which is home to its massive new international airport.

Pennsylvania-based mobility standard-setter and education provider SAE International divides self-driving into six levels in a system of taxonomy the US Department of Transportation has adopted, namely L0 to L5. The larger the number, the higher the degree of autonomy and intelligence. L4 is of a high degree in certain scenarios and generally does not require human intervention except under exceptional circumstances.

L4 driverless vehicles are mainly envisaged for self-driving on non-complex urban roadways, i.e. those with rather simple conditions and few emergencies, but this level may not operate in extreme weather.

The special team is focused on building the demonstration zone into an open platform and is committed to formulating a unified data standard. It adheres to the market-oriented principle, encourages companies to actively join in development, increases the efficiency of integrated networks, and explores sustainable investment and construction models.

Autonomous driving is a key development direction of Beijing's high-precision industry. The Chinese capital is in the forefront of the country in devising administrative policies, opening road stretches to trial and construction of an industry ecology, Kong said.

The city has deployed intelligent infrastructure along 10 kilometers of urban roads, 10 kilometers of expressways and AVP parking lots to form a large-scale open test platform to tie in the various elements of vehicles, roads, cloud computing and transport infrastructure. Beijing will substantially complete this platform and start on the next phase of its development by year’s end.