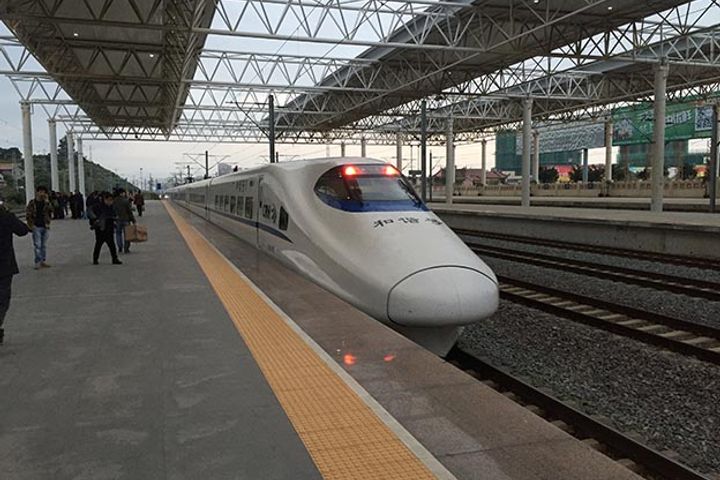 Construction of the 174-kilometer railway started in April last year and will conclude by the end of 2019. With 10 stations, the line will be the world's first ballasted-track high-speed rail with a design speed of 350 kilometers per hour.

Once in operation, it will reduce the travel time from Beijing to Zhangjiakou from the current over three hours to less than one. A smart electric multiple unit (EMU) will also serve Beijing's winter games, and athletes from all over the world, spectators and journalists will take the train to commute between the two host cities. It will serve as a showcase of China's high-speed rail technology during the Olympiad.

Passengers in media compartments will be able to watch the games livestreamed on smart display screens. Each train will have WiFi connections available throughout, meaning journalists will be able to file their reports at any time during their journey. The rail spur will be the world's first high-speed line capable of operating in extremely cold and windy weather.