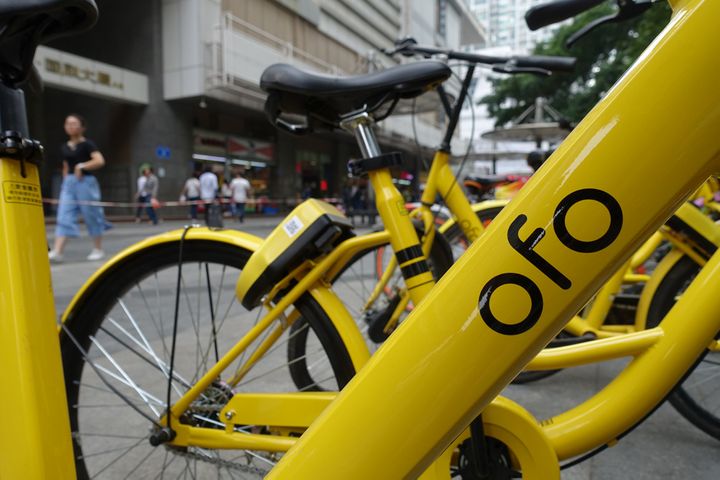 Beleaguered Bike-Sharer Ofo Denies Bankruptcy, but Is Still in the Deep Freeze

(Yicai Global) April 3 -- News that Chinese bike sharer Ofo is bankruptcy is greatly inconsistent with the facts and it is currently operating normally with relevant liabilities in the course of litigation and negotiation, per a statement by the Beijing-based company yesterday.

Ofo is still facing many difficulties, however. It has more than 10 million user creditors in addition to insufficient cash flow and disputes with suppliers, the International Financial News under state media People's Daily reported.

The name of Ofo's operator Beijing Bikelock Technology appeared on the National Enterprise Bankruptcy Information Disclosure Platform as 'the respondent' with the date of March 25. The court that accepted the case is in Beijing's Haidian district high-tech corridor, the Beijing News reported yesterday.

This fake news seriously harms Ofo's operation, and the bike sharer has referred this evidence to various government agencies for handling and reserves the right to sue, per the International Financial News report, which cited Ofo's statement.

The firm has been involved in litigation with many of its suppliers and its Chief Executive Dai Wei has been added to the country's blacklist of deadbeats and banned from extravagance.

A Beijing court ordered Dongxia Datong Management and Consulting, the other entity operating Ofo, to pay CNY72.7 million (USD10.8 million) for goods and CNY7.8 million as damages for breach of contract to Flying Pigeon. The court also granted the Tianjin-based bike maker's motion to freeze about CNY81 million (USD12 million) of Ofo's bank funds and other assets.

The firm has also become embroiled in disputes over contracts with delivery service providers SF Express and Best, bicycle maker Phoenix and many other firms. Chen Zhengjiang, the current legal representative of Dongxia Datong and an Ofo executive, has likewise found himself on the blacklist and barred from lavish consumption such as air and high-speed rail travel and hotel stays.

Authorities have also flagged Ofo's units in Hangzhou, Xiamen, Shenzhen and other areas for irregularities.

After news of Ofo's 'bankruptcy' spread yesterday, many users claimed they still await deposit refunds of between CNY100 to CNY200 (US15 to USD30). The number of such users is still over 10 million since Ofo started mass repayments several months ago, the International Financial News' reported.