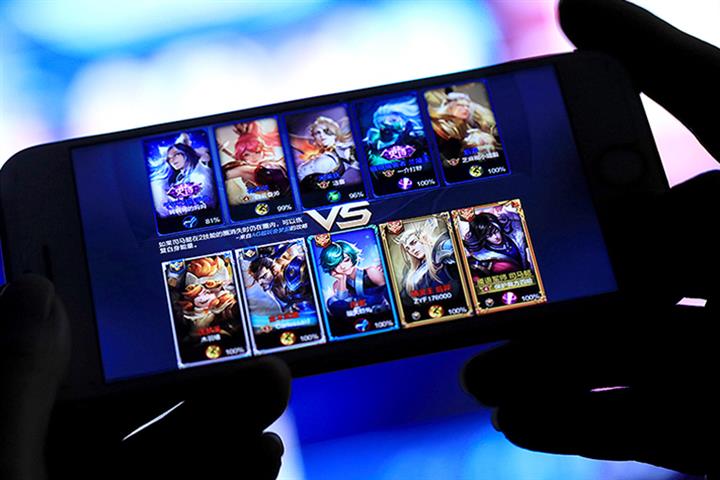 (Yicai Global) March 8 -- More frequent facial recognition scans to detect minors, a content grading system and a cap on rewards for live streamers are just some of the suggestions for better regulation of the online gaming sector being made at the ongoing annual meetings of the country’s top political and legislative bodies in Beijing.

Celebrities should be barred from endorsing online games, according to Li Jun, a member of the National People’s Congress. Advertising platforms should bear social responsibility and endorsers should consider the positive and negative effects of the ads they feature in, Li told the media on March 2.

Games should have age ratings, so that people of different age groups play different games, Li said, who has long advocated better regulation of the sector, especially with regard to game classification, content review, real name identification, parental monitoring and account security.

China has been cracking down on gaming addiction among minors and last year limited online gaming times for those aged under 18 to just three hours a week. But children are still able to find ways round the restrictions by using their parents’ accounts or buying accounts from the black market.

There needs to be mandatory facial recognition verification when adult players sign in and make transactions, Yu Xinwei, a member of the national committee of the Chinese People's Political Consultative Conference, told the media on March 5. And the interval at which these verifications are made needs to be shortened if those accounts are suspected of being used by a minor.

Enforcing facial recognition of all adult players is not realistic, Liao Xuhua, a senior analyst at Analysys, told Yicai Global. It is not difficult technically but it will waste a huge amount of resources and poses data security risks.

The ‘tipping’ culture, when fans offer celebrity live streamers monetary rewards, needs to be reined in, NPC member Xiao Shengfang suggested on March 3. There should be a ‘cooling’ off period of three days during which the reward can be withdrawn without any reason.

The cooling-off period is a good idea, but more in-depth guidance on livestreaming content will have a better effect and could provide a once-and-for-all-solution, said Zhang Yi, Chief Executive of iiMedia Research.