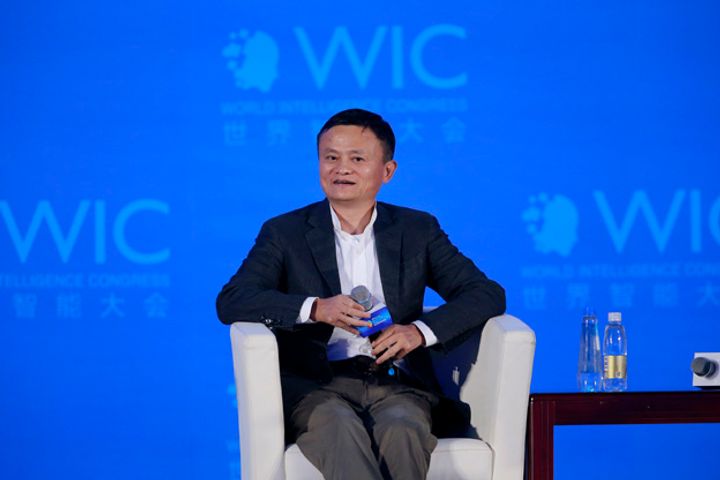 'Blockchain Is Not a Bubble, But Bitcoin Is,' Says Alibaba's Jack Ma

(Yicai Global) May 17 -- Jack Ma, executive chairman of China's tech conglomerate Alibaba Group Holding Ltd. and a long-standing skeptic of one of the well-known cryptocurrencies, repeated his criticism of Bitcoin, but talked up the blockchain technology.

"Blockchain is not a bubble, but Bitcoin is," Ma reportedly said yesterday, according to online new site The Paper. "Bitcoin is only a small part of blockchain," Ma told the second World Intelligent Congress in Tianjin, North China.

"Blockchain is not a gold mine. It must be a solution to data privacy in the data age," Ma said. "It has to provide value before it can become wealth."

Alibaba has long studied blockchain and currently has the most blockchain patents in the world. "Alibaba will die if there is no blockchain," Ma reportedly said.

Alibaba's co-founder realized the importance of blockchain technology when he heard that it could solve the problem of data privacy security before he understood it, Ma said. Alibaba has been working on blockchain for years, but it has no intention to deal with Bitcoin, he repetaed.

If the blockchain technology moves forward in a down-to-earth manner, it will definitely bring value, Ma said. "But now everyone eyes blockchain and there are even people who buy and sell blockchains. It concerns me," he added.

Ma gave a fun example to show how popular blockchain now is. He said an engineer from Ant Financial Services Group, financial affiliate of Alibaba, received more than 300 courtship letters soon after he posted his job as a blockchain engineer on a matchmaking website.