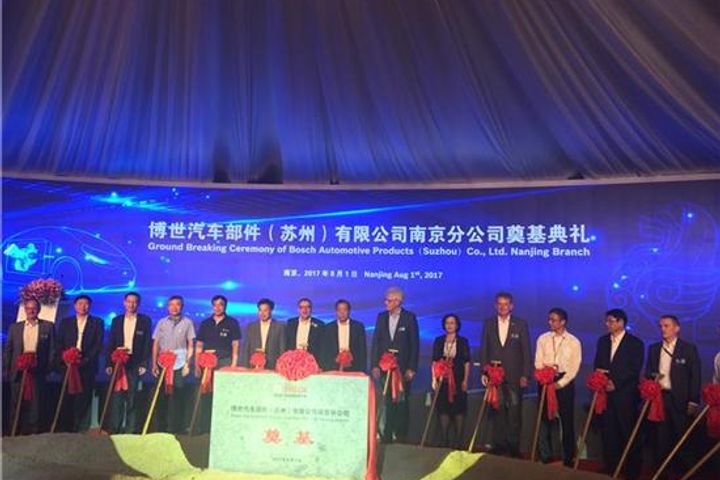 The facility will start operation in 2019 and will become one of three Bosch iBooster plants globally, and the only one in the Asia-Pacific region.

iBooster is an electromechanical brake booster that does not require vacuum from the engine and recovers almost all the energy lost in typical braking. The system also offers the level of braking-system redundancy needed for safety reasons in automated self-driving cars.

The firm's Nanjing factory has two production lines as part of its phase I project with an annual capacity of 2 million sets, Bosch China vice-president, Xu Daqian, said.

Annual production will reach nearly 3 million sets by 2023 so the two production lines used at present will not be sufficient in the future, Xu predicts.

It is four years since Bosch launched iBooster and the product is used in extensively by Volkswagen, General Motors and Tesla. Tesla will start to use Bosch's second generation iBooster from July, Xu stated.

Electrification, automation and interconnection will be key topics for the future of the auto industry and Bosch is investing in these areas in order to maintain its leading position in the sector, said Dr. Dirk Hoheisel, a member of the enterprise's board of management.