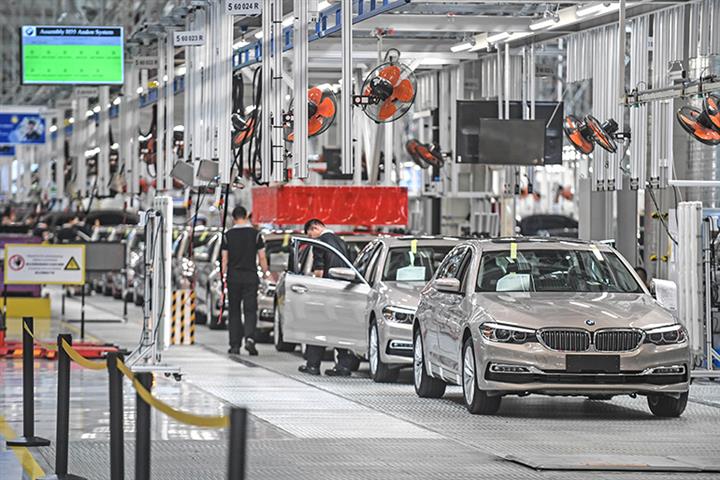 (Yicai Global) Nov. 18 -- German carmaker BMW’s agreement to raise its stake in its joint venture with debt-laden Brilliance Auto Group is unlikely to be affected by the Chinese partner’s looming insolvency as they are two separate entities, The Paper reported today, citing BMW China.

In 2018, BMW agreed to purchase a further 25 percent equity in BMW Brilliance Automobile for EUR3.6 billion (USD4.3 billion), lifting its holdings to 75 percent by 2022. Brilliance Auto’s stake, meanwhile, would halve to 25 percent.

Brilliance Auto’s mountain of debt should not affect the transaction, BMW China said.

The vehicle manufacturer has racked up debts of CNY132.8 billion (USD20.3 billion), according to the Shenyang, Liaoning province-based firm’s semi-annual report. It has defaulted on CNY6.5 billion (USD992.5 million) in loans and amassed CNY144 million (USD22 million) in unpaid interest, it said on Nov. 16. At the time it had just CNY32.7 billion (USD5 billion) in cash.

The firm is heavily dependent on its JV with BMW, its only profit-making business. In the first-half the JV contributed CNY4.4 billion (USD671 million) in net profit, while the group’s total profit came to CNY4 billion, indicating that the rest of the company’s businesses ran up a deficit.

Brilliance-BMW operates the Munich-based carmaker’s biggest production plant worldwide. The factory is aiming for an annual production capacity of 650,000 units. It will also produce BMW’s fifth-generation e-Drive power cells, according to its website.

Brilliance Auto’s ruinous situation is typical of state-backed firms, Liu Yu, an analyst of fixed-income funds at GF Securities, said earlier. Its broken capital chains are the result of the poor profitability of self-owned brands, its impoverished asset quality is due to high financial leverage and it has also been affected by the withdrawal of government assistance.