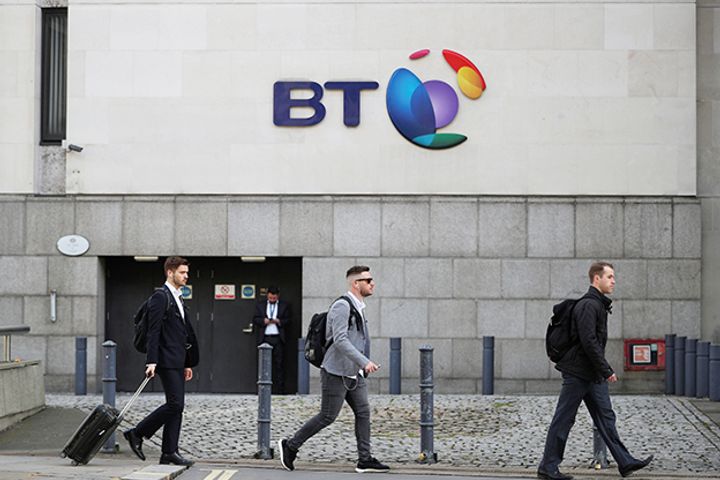 BT got a permit to provide internet service and virtual private network in China, financial media Securities Times reported, citing the London-headquartered firm's statement from Jan. 25. The authorization will allow BT Communications Information Consulting Shanghai, a unit of the firm, to settle transactions in Chinese yuan.

With the cooperation of the Chinese and UK governments, BT has been able to obtain a national value-added telecommunications license in China, which will expand its scale to meet the needs of global customers, said Bas Burger, the chief executive of BT Group's Global Services.

The approval is an important step for China to further ease restrictions on market access, attract foreign investors in more fields and improve the investment environment, the Securities Times' report added.

Since 2005, BT has been cooperating with Chinese telecoms giant Huawei Technologies, the latter of which has been banned by some countries regarding fifth-generation mobile networks due to suspicions of spying on behalf of the Chinese government. Huawei supplies BT with equipment for 4G and 5G mobile networks and the collaboration is going well, state-backed Xinhua News Agency reported last December, citing a spokesperson from the Shenzhen-based company.