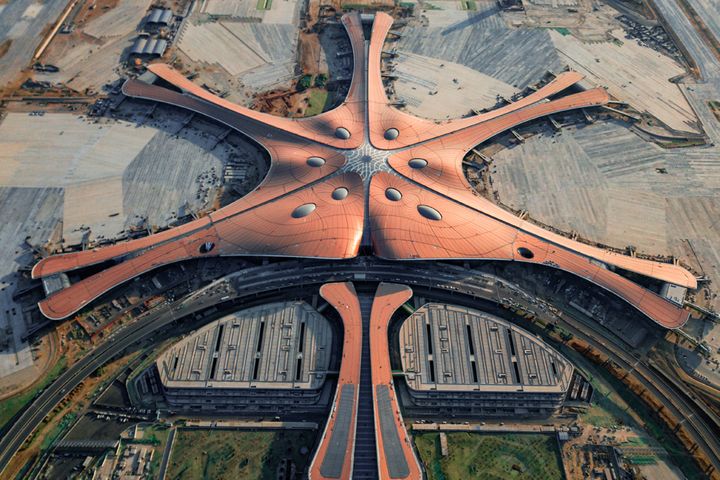 (Yicai Global) July 10 -- Overseas flag carriers, including British Airways and Finnair, have confirmed that they will start flying to Beijing's Daxing International Airport after the new aviation base enters operations by the end of September.

All direct flights between London's Heathrow and Beijing will be transferred to PKX from October 27, the British Airways said in a statement today. The number of these flights will remain the same, PKX's administration reported on its WeChat account.

The 1.4 million-square meter airport is expected to have an annual throughput capacity of 45 million passengers in 2021. Its main construction projects have been completed in June.

LOT Polish Airlines will kick off four daily flights from PKX to Warsaw, while retaining the current three daily ones to the Beijing Capital International Airport, the current main aviation base in the capital city, the airline said in a statement on July 8.

Finnair will operate three flights a week to and from PKX from Nov. 3, the Finnish airline announced at the end of June. It will maintain seven flights each week to BCIA.