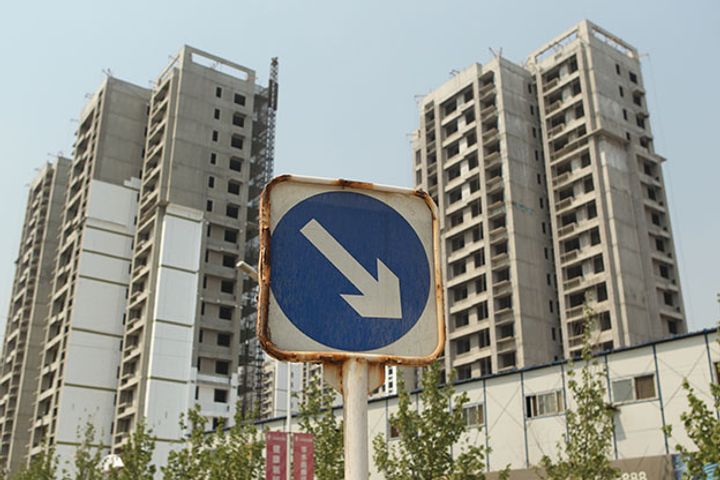 (Yicai Global) Sept. 11 -- China's real estate developers are feeling the squeeze of an increased regulation on their borrowing. The firms are also anticipating a national real estate tax with vigorous efforts to boost sales such as splashy marketing campaigns that involve donating foreign-branded luxury cars to new home buyers.

China Merchants Property Development started a series of promotions regarding a project called Yonghefu, which is located in the northern Baoshan district in Shanghai, to give customers who bought a house in September a complimentary BMW car. However, only 7 percent of those houses are sold, the city's notary website shows. Over the past weekend, another developer of a residential property in the southern city of Guangzhou offered some units at a lowered rate of CNY21,000 (USD3,058) per square meter, which is akin to price levels two years ago.

If that is not enough, the next four years will be the peak of interest-bearing debt redemption for real estate developer firms, according to data from Evergrande Research Institute. The total debt due next year will amount to CNY6.1 trillion (USD888.7 billion), and it will be CNY5.9 trillion in 2020.

Evergrande Group, China's second-largest property developer, has already begun to offer discounts throughout the country. "This is normal for developers, they will choose to cut prices to promote sales," a manager for the company said. Hangzhou's real estate developer Greentown China asked employees to sharpen strategies to speed up sales in a company memo that Yicai Global saw.

"Second-hand housing is basically 10 to 15 percent off, and some new houses in suburbs of Shanghai have no buyers," a real estate agent in Shanghai said. "The situation has not been good in recent months, we are under great pressure," the agent added.

Less than 10 percent of newly finished housing is booked, Shanghai's notary website shows. In Yulanhuayuan housing project, only 4 percent of over 220 houses are reserved. The booking ratio of Haishangyundi apartment complex goes as low as 3 percent with 5 orders.