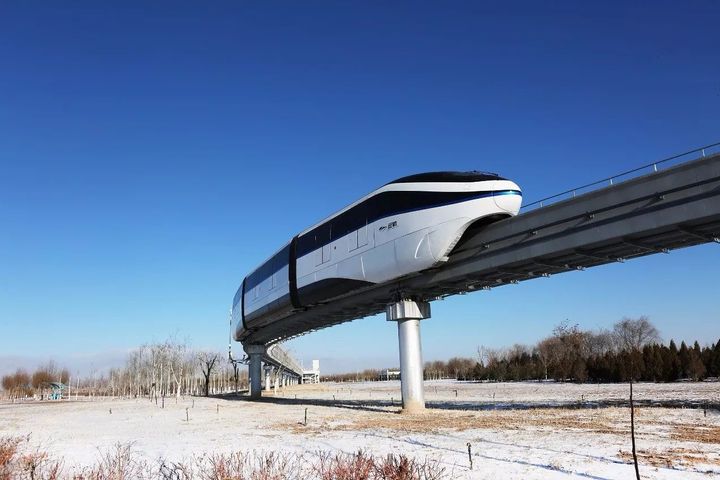 The monorail ran steadily on a track four meters above ground in Yinchuan in Ningxia Hui Autonomous Region. It does not have a cockpit, driver or conductor. The train arrived, stopped at the station and opened its doors automatically.

The first 5.67 kilometers of the project became operational in Yinchuan in August 2017. About 20 Chinese cities have signed deals for similar systems, and seven or eight will likely come online this year. The Philippines, Egypt and Morocco have penned intention of cooperation agreements for SkyRails.

Working on SkyRail is one of BYD's major businesses. The monorail can go up to 80 kilometers per hour. The system takes up less space and is cheaper than conventional metros.