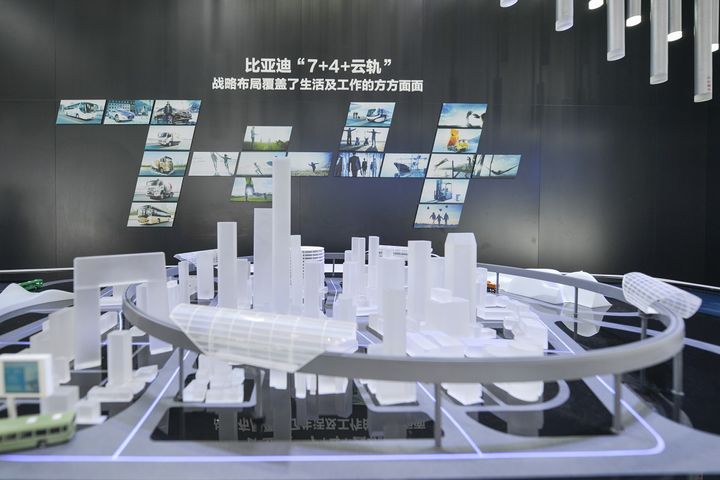 BYD said it has been developing its new-energy business. Its cloud rail will help protect the environment and alleviate traffic congestion. New-energy vehicles are powered by energy sources other than fossil fuels. They have low emissions and can help combat pollution. BYD's cloud rail could be combined with existing public transportation system to help build an integrated transport network encompassing underground, ground-level and elevated transportation means. BYD has signed cloud rail contracts with several cities, and projects in Yinchuan and Guangan will open soon.

BYD sold more than 10,000 new-energy vehicles last month and over 35,000 in the first half of this year, reports said.

A straddle-beam monorail (SBM), known as 'cloud rail' in Chinese, is a railroad built in a greenbelt between two urban roads, where the train straddles a steel beam for traction and stability. Its transport capacity is 10,000 to 30,000 passengers per hour (one-way), equivalent to that of a small subway line, but an SBM only costs USD29.4 million (CNY200 million) per kilometer, one-fifth the usual cost of a subway line.