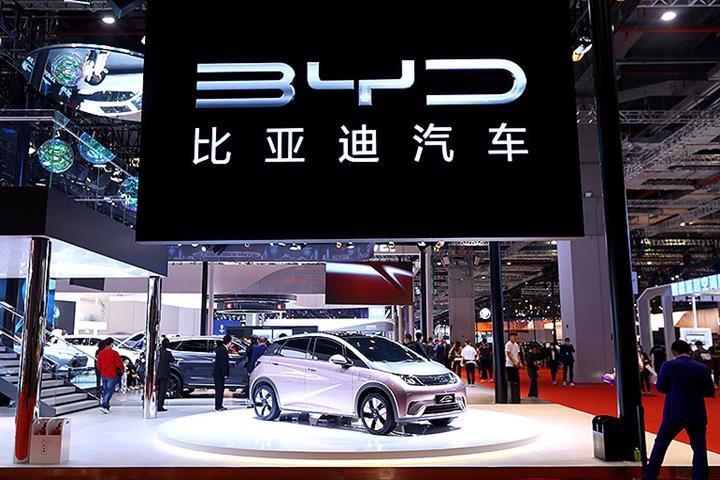 BYD has seen a surge in sales this year, particularly for its new-energy cars. The Shenzhen-based firm sold 88,900 units last month, up nearly 91 percent from a year before, of which 80,000, or nearly 90 percent, were NEVs. Sales totaled 538,700 in the first 10 months, up almost 73 percent from the same period last year.

BYD is also engaged in auto parts, and based on data from South Korean consultancy SNE Research, it ranked fourth worldwide among battery producers in September this year, with a 2.9-gigawatt capacity, taking up 9 percent of the market.

Rivian Automotive, a US electric vehicle startup, had surged up the valuation rankings after going public. It became more valuable than VW as the shares [NYSE: RIVN] closed up 15 percent at USD172 on Nov. 16, giving it a market cap of USD146.7 billion. But VW managed to retake the title as Rivian has slid back since Nov. 18.

Worth more than USD1 trillion, Tesla is still way ahead of other publicly traded automakers, with Toyota Motor in second place at USD258.5 billion. The jostling among BYD, VW and Rivian is expected to continue.