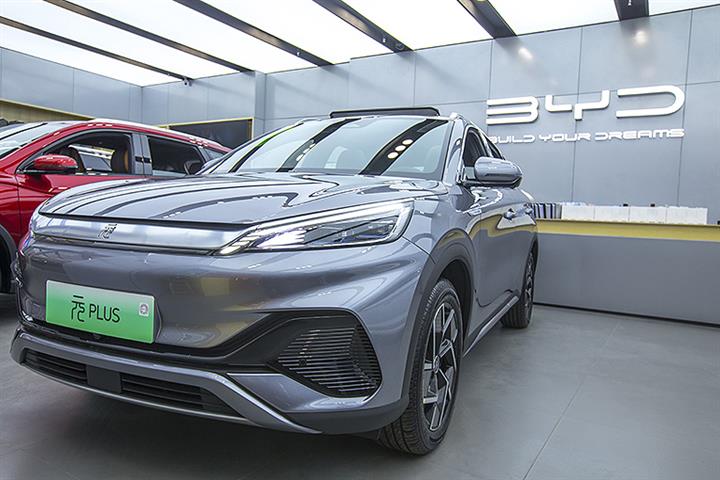 (Yicai Global) Nov. 23 -- BYD is to start selling its Song Plus DM-i and Yuan Plus models in Brazil and will soon start to make vehicles in the country, the Chinese new energy vehicle giant said on its WeChat account late yesterday.

The Shenzhen-based company already sells its Han and Tang electric vehicles in Brazil. The Yuan Plus is fully electric and the Song Plus DM-i is the first plug-in hybrid EV that the automaker has brought to Brazil.

BYD also sells electric trucks and buses in Brazil and it has nine stores there. It aims to be operating in 45 cities in the country by the end of this year and raise the number of stores to 100 by the end of next year, it said in a recent investor report.

BYD formed a subsidiary in Brazil in 2014, and set up an electric bus chassis plant in the state of Sao Paulo in 2015 and a solar module plant in April 2017. Its lithium iron phosphate battery factory in the city of Manaus went into operation on Sept. 1.

The company did not offer more details about its plans to produce vehicles in Brazil, but media reports have said it is negotiating with the government of the state of Bahia about acquiring Ford Motor’s plant, which stopped operation in January last year. BYD will initiate construction of three plants next June, the reports said.

BYD will continue to expand its business in South and North America and will bring all of its new energy passenger vehicles to 17 countries including Mexico, Chile, and Colombia, Chairman Wang Chuanfu was quoted as saying in a recent news report.