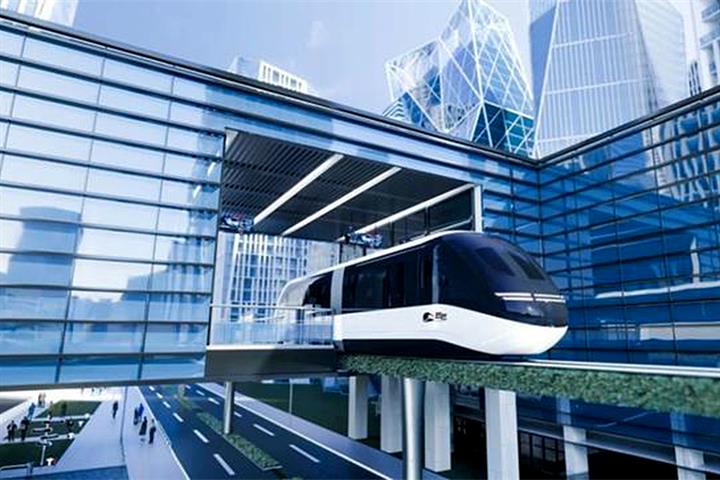 (Yicai Global) May 7 -- Chinese electric car and battery maker BYD has penned a deal with the Sao Paulo Metro to build one of its SkyRails in Sao Paulo, its second contract for the driverless monorail in Brazil to date.

The Shenzhen-based firm will build a 17.7 kilometer long track for Line 17 of the subway, it said on WeChat yesterday. The line will initially connect Congonhas Airport, the city’s business districts and the University of Sao Paulo with densely populated areas in Sao Paolo’s eastern region, before linking up to existing subway lines.

BYD penned a similar agreement with the state government of Bahia in January, for a 23.3 kilometer cross-sea SKyRail in state capital Salvador. The contract, BYD’s first overseas for the monorail, was worth USD689 million but it has not disclosed the value of the newest contract.

The Sao Paolo track will transport around 250,000 passengers a day, General Manager Li Tie of BYD Brazil said, adding that it will lower departure intervals to as little as 80 seconds. This will help the city solve its traffic congestion programs and reduce the number of people missing flights, he believes.

BYD revealed the SkyRail in 2016. The straddle-style monorail is cheaper, faster to build and more adaptable to terrain than traditional underground transit systems. It is intended for low and medium traffic volumes over short distances and first went live in Yinchuan in China’s Ningxia Hui Autonomous Region in 2017.