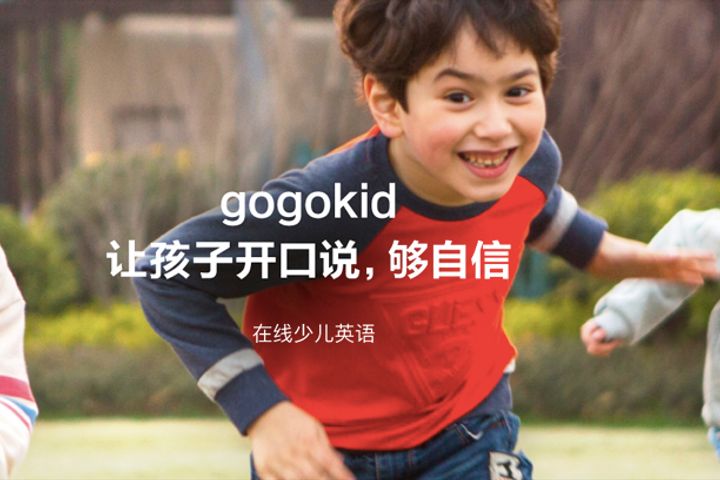 (Yicai Global) May 18 -- Beijing Bytedance Technology Co. has begun testing an online education platform to compete directly with a service run by Tencent Holdings Ltd., which Bytedance accused of defamation in a suit accepted by the courts yesterday.

Bytedance began beta tests for Gogokid, a tutoring platform for Chinese children to learn English online with foreign teachers, this month, Gogokid said on its WeChat account. The new unit, officially Beijing Byte Intelligent Education Technology Co., will be the latest in a bout of blows Bytedance has dished out to China's biggest tech firm by market cap.

The new platform's target market, youngsters aged four to 12, lines up exactly with that of Tencent's education service Vipkid, which was worth USD3.5 billion after a USD500 million funding round last month. Both platforms require educators to hold a bachelor's degree, and Gogokid will only hire teachers from the United States or Canada.

The announcement follows up a CNY1-million (USD157,000) lawsuit filed by Bytedance, which accuses Tencent of allowing users on social app WeChat to post false information that infringed upon the rights of Douyin, a short video platform owned by Bytedance. The defendant responded with a statement that says it is confident it did no wrong as it allows all users to report articles and promptly responds to complaints. The video has already been taken down.

Just a week before that, the chief executives from the two firms, Pony Ma (Tencent) and Zhang Yiming (Bytedance), had faced off in Zhang's WeChat feed. The Bytedance boss was boasting about Douyin's first quarter performance on Apple Inc.'s app store, claiming it bested competition to be the most-downloaded app despite WeChat trying to block Douyin and plagiarizing its content. Ma responded in a comment to the post: "[This] can be understood as libel."

WeChat had earlier announced that it would cease to offer in-app video playback, forcing users to copy and paste links into their browser to watch them. The change followed an official crackdown on social media and live-streaming sites hosting undesirable content.