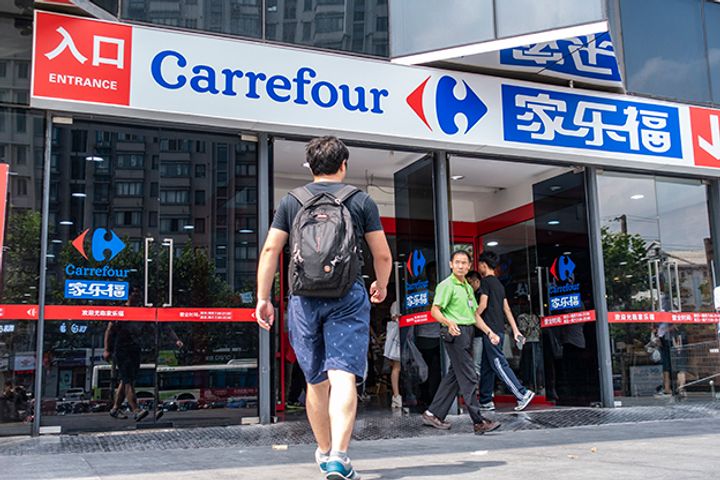 (Yicai Global) Aug. 6 -- Carrefour has refuted a media report that the French retail behemoth was a planning to exit the Chinese market calling the claim "odd."

Chinese newspaper Chengdu Business Daily reported on Saturday that the company was ready to lay off some 2,000 personnel and sell over 200 stores in the country to tech giant Tencent Holdings.

A representative of Carrefour said the report was strange and did not require an official response from the Annecy-based firm. The original report also stated that the company was transitioning to e-commerce.

Carrefour and Tencent have been partners since January when the pair announced an investment deal and plans to cooperate on supply chain integration, technology application and business operations. The two parties will also jointly develop Tencent-backed fresh produce supermarket chain Yonghui Superstores.

Tencent aims to develop Yonghui's New Retail concern Super Species to consolidate its position in China's fresh supermarket sector amid strong competition from Alibaba-backed Hema. Demand for premium-quality fresh groceries is on the rise due to the country's growing middle-class and China's leading tech firms are set on driving the sector forward integrating online and offline channels.

Tencent took a five percent stake in Yonghui Superstores earlier this year, which included a 15 percent stake in Super Species fresh supermarket brand, while archrival Alibaba aims to open 2,000 of its own chain Hema nationwide within five years, up from 22 at present.