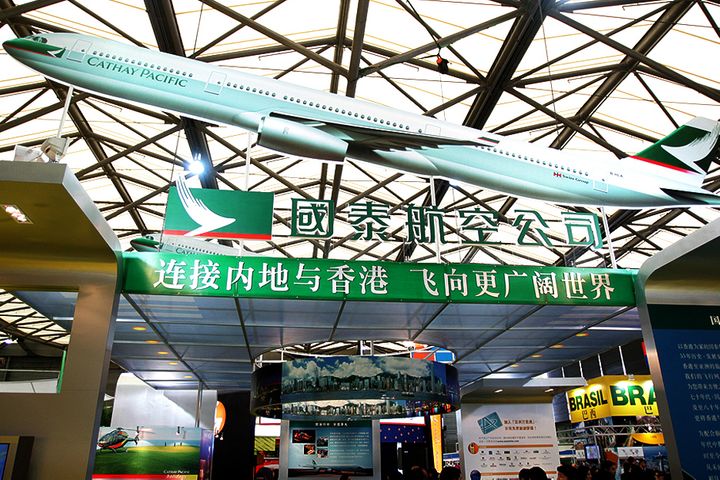 (Yicai Global) March 12 -- Cathay Pacific Airways is expected to come under great pressure in its passenger carrier business this year, which may lead to "substantial loss" in the first half, coupled with the other major negative impacts of the coronavirus, Patrick Healy, its chairman said in the annual report it released yesterday.

Hong Kong-based Cathay's revenue fell 3.7 percent to about HKD107 billion (USD13.8 billion) and its profit attributable to shareholders tumbled almost 28 percent to HKD1.7 billion last year, according to the report.

"At present we can hardly predict when the situation will improve. In the face of a sharp drop in tourism demand, the Group has implemented a number of short-term measures, including a substantial reduction in passenger capacity. Despite these measures, we expect to incur a substantial loss in the first half of this year," Healy said.

The company's passenger business revenue was HKD72.2 billion, down 1.3 percent from 2018, while its cargo revenue dropped 14.2 percent to HKD21.2 billion last year.

The year was fraught with challenges for the firm, Healy noted in the report. The load factor, the number of reserved seats and the number of passengers all plummeted due to the influence of the external environment. As Hong Kong's economy falls into recession, the company's operating environment has become extremely perilous. Its performance in the second half, which is generally better than the first, thus dropped more than expected.

Cathay's profit attributable to shareholders was HKD344 million in the half, far lower than the HKD1.3 billion in the first and the HKD2.6 billion in 2018's second half. The number of passengers carried last year decreased by 0.7 percent compared with 2018.