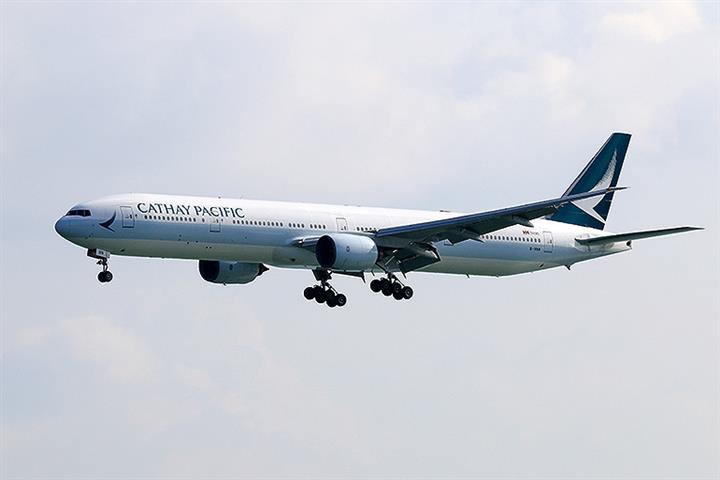 (Yicai Global) June 9 -- Cathay Pacific Airways, whose passenger revenue has plunged to 1 percent of what it was before the coronavirus pandemic, is to get a HKD39 billion (USD5 billion) rescue package that will see the Hong Kong government become the struggling carrier’s fourth-largest shareholder.

The funding will come in three forms. Cathay Pacific will raise HKD19.5 billion by issuing preference shares to Aviation 2020, a new firm representing the Hong Kong government, the airline said in a stock exchange filing today. It will raise HKD11.7 billion by selling 2.5 billion new shares to existing investors at HKD4.68 (USD0.60) each, almost half of yesterday’s closing price of HKD8.81.

The government will also provide the carrier with a HKD7.8 billion bridge loan through Aviation 2020. In return, the government will take a 6.1 percent stake in the airline and will have the right to appoint two observers to Cathay Pacific’s board.

The pandemic has brought much of the world’s aviation industry to its knees as countries shut borders and grounded flights in a desperate attempt to prevent the contagion’s spread. Cathay Pacific’s passenger numbers slumped almost 64 percent in the first four months of the year, while cargo volume fell nearly 27 percent. Multibillion dollar rescue packages are now being put together to prop up flailing companies in the US, Europe and Asia.

Since February, Hong Kong’s flag carrier has been losing cash at a rate of about HKD2.5 billion to HKD3 billion (USD322.6 million to USD387 million) a month, Chairman Patrick Healey said today.

The company has implemented cost-cutting measures such as slashing senior management salaries, postponing new aircraft purchases, bringing forward the retirement of old aircraft and negotiating voluntary unpaid leave with 80 percent of its staff, the airline said. And so far, it has not laid off large numbers of employees.

Cathay Pacific’s bailout will dilute the shareholdings of its three largest investors. Swire Group’s stake will drop to 42.3 percent from 45 percent, Air China’s to 28.2 percent from 30 percent, and Qatar Airways’ to 9.4 percent from 10 percent.