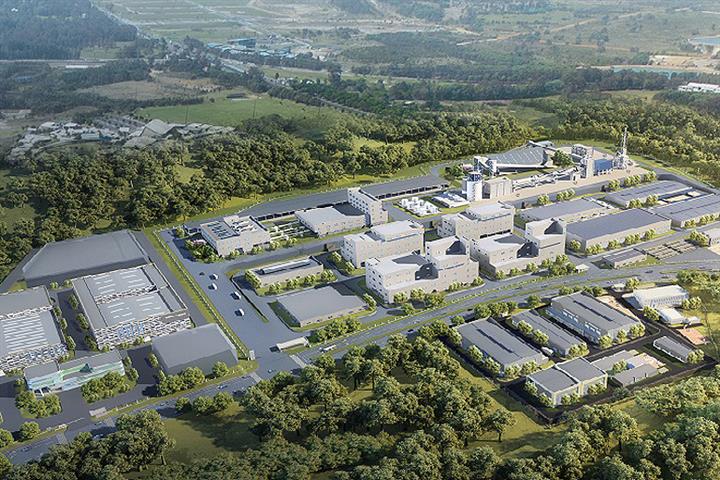 (Yicai Global) Nov. 12 -- A unit of Chengxin Lithium Group has penned a three-year purchase contract with an Australian lithium ore firm to buy at least 60,000 tons of the mineral each year to ensure supply to its lithium salt production line. This will enable Chengxin Lithium to fill demand from its downstream power battery clients, it announced yesterday.

Shenzhen-based Chengxin Lithium’s wholly-owned Sichuan Shengtun Lithium subsidiary will buy 15,000 tons lof lithium concentrates per quarter over the next three calendar years from Galaxy Lithium Australia at a price to be fixed via consultation, per the pair’s purchase agreement, the announcement said.

The deal opens up a new high-quality material supply channel for the firm’s lithium salt and is expected to positively impact its business, per the announcement.

The company formerly known as Weihua Shares changed its name to Chengxin Lithium after lithium battery new energy materials became its core business, the firm announced on Nov. 5. Its shares [SHE:002240] were up 2.24 percent today at midmorning at CNY16.46 (USD2.49).

The company operates a 40,000-ton-per-year lithium salt facility in Deyang in China’s southwestern Sichuan province. Battery grade lithium carbonate, lithium hydroxide monohydrate and lithium chloride are its products. The Deyang facility signed a two-year supply deal in August with Seoul-based LG Chemical, one of the world’s biggest makers of lithium-ion batteries, with 1,500 metric tons of lithium hydroxide to be shipped before year’s end.

Galaxy Lithium Australia is a unit of Applecross, Western Australia-based Galaxy Resources, which produces lithium concentrate and prospects in Australia, Canada and Argentina. Its shares [ASX:GXY] were down 1.55 percent at AUD1.59 (USD1.16) today.