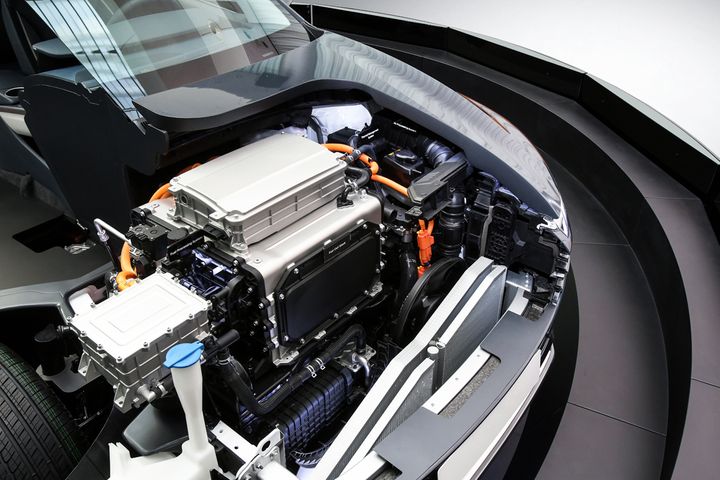 (Yicai Global) May 21 -- Jointly developed by China's prestigious Tsinghua University and a technology company, a hydrogen fuel cell catalyst has been mass produced in China, which means the country will no longer import the costly key raw materials for the technology, Science and Technology Daily reported.

Co-developed by Tsinghua University and Wuhan Himalaya Optoelectronics Technology Co., the hydrogen catalyst has received 17 patents. It has total capacity of 1,200 grams per day, which can meet the use of 40 units of 36kW fuel cell stacks and the conditions of mass industrial production.

The catalyst's mass production has broken several countries' long-term monopoly in the field and its cost is just half of that of the imported products, the report said.

The catalyst has been applied in fuel cell stacks of the Chinese Academy of Sciences, universities, and multiple fuel cell companies. Up to 1,000 units of hydrogen cells are expected to use the catalyst during production by the end of this year.

Wang Cheng, director of hydrogen cell laboratory of Tsinghua University, said they will make more efforts to improve the catalyst's capacity and its tolerance against impurities such as sulfide and nitride.

Hydrogen cell releases electricity through chemical reaction between hydrogen and oxygen. Fuel-cell catalysts that are commercialized require the use of precious metal platinum, which is highly costly, seriously limiting fuel cell's commercial application, as per public information.