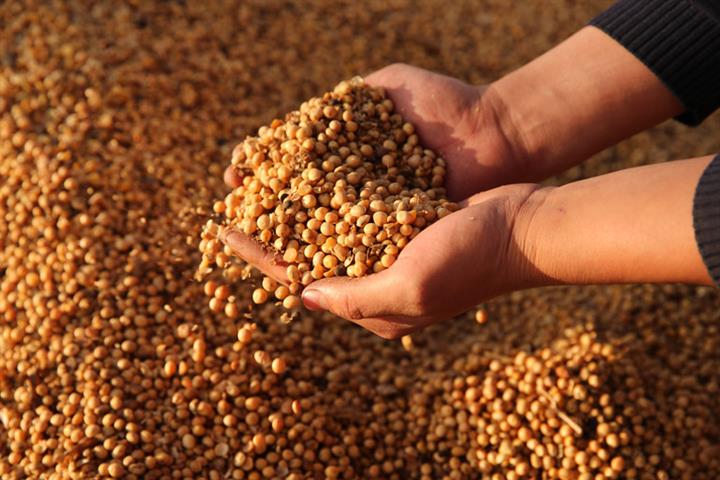 (Yicai Global) June 30 -- China, the world’s biggest buyer of soybeans, has approved for import for the first time domestically-developed genetically modified soybeans that have been grown overseas.

Beijing Dabeinong Biotechnology’s herbicide-tolerant DBN-09004-6 GM soybeans have been included in this year’s list of approved GM organisms in agriculture by the country’s Ministry of Agriculture and Rural Affairs.

These GM products, whose certification is valid for five years, will be used as raw materials for processing, China Science and Technology News reported on June 28.

The move has big implications for the world’s major soybean producers. Some 18.8 percent of the world’s GM soybeans were planted in Argentina in 2018, according to the International Agricultural Biotechnology Application Service Organization.

The Argentine government approved the Beijing-based animal feed and seed product maker’s DBN-09004-6 soybean in February last year. However, these seeds have yet to be sowed as the country was waiting for the Chinese import license, which has now been granted.

In 2018, Argentina planted 18 million hectares of soybean, all of which were genetically modified. More than 70 percent of these plants are resistant to RR1 glyphosate, a non-selective herbicide that will kill weeds and most other living plants. But this has led to the problem of glyphosate-resistant weeds. New herbicide-tolerant soybeans are urgently needed by local farmers.

Soybean producers in Brazil and Uruguay need both herbicide-tolerant and insect-resistant traits. DBN is promoting products with compound properties in these two countries, he added.