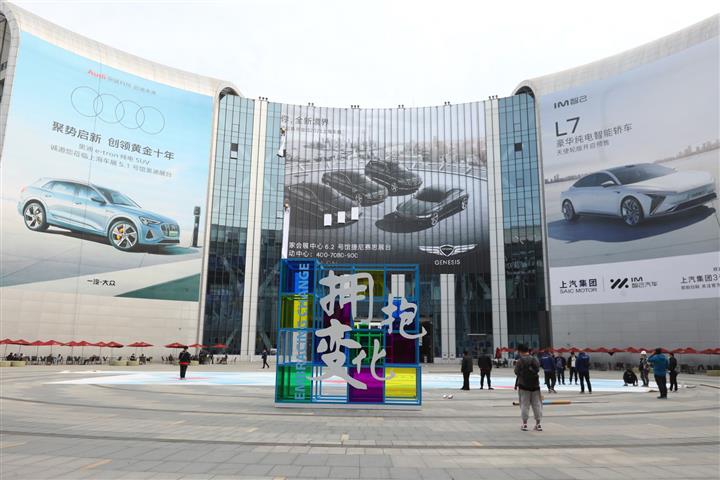 (Yicai Global) April 22 -- China has the world’s most dynamic auto market in terms of frequency of release and variety of new products, according to UBS analyst Paul Gong.

China’s market has traditional global carmakers as well as Tesla and the country’s own thriving new energy vehicle sector, Gong said yesterday during Auto Shanghai 2021, adding that Tesla has about 80 percent of the US NEV market and Europe is mainly a market for traditional automakers.

Auto Shanghai has three main characteristics, according to Gong, who heads UBS China’s auto industry team. First, most of the NEVs at the show are made by traditional global players, such as Mercedes-Benz’s EQS, BMW’s iX, Volkswagen’s ID.6, and Ford’s Mustang Mach-E. Their prices are very competitive and their costs can be effectively controlled.

Second, Chinese car brands have grown in the past five to 10 years and have introduced new models that have been well-received by customers. For example, the popularity of the Tank 300 from Great Wall Motors, priced between CNY160,000 and CNY200,000 (USD24,640 and USD30,800), has exceeded expectations, showing the diversity of demand in China’s market.

The third characteristic is the increasing involvement of China’s tech giants such as Huawei in the auto industry, Gong said. Though Huawei does not make cars, it has developed a series of products including HarmonyOS, a thermal management system, an autonomous driving platform and four-dimensional image radar.

Competition in the NEV sector will certainly intensify, accelerating the industry’s progress but also leading to diminishing returns on investment, he said.