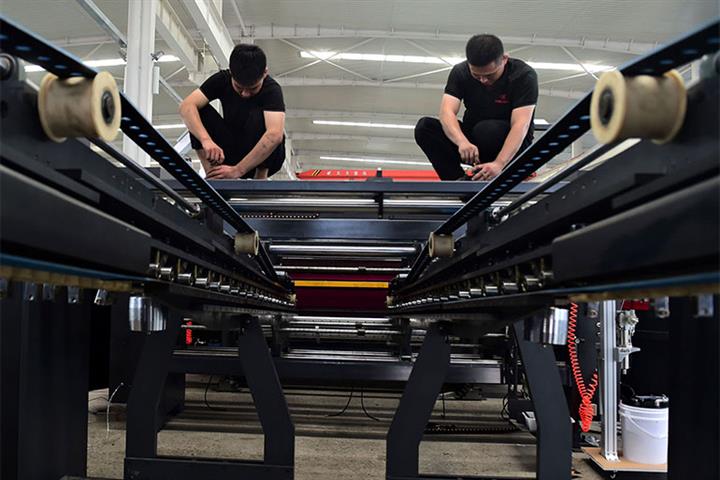 (Yicai Global) July 26 -- China overtook Germany for the first time to become the world's largest exporter of machinery and equipment last year, partly due to the pandemic, but also because of a push to develop new products and raise investment in research and development.

Chinese manufacturers have also been working to meet demand in areas outside the traditional equipment bought by large clients.

Demand for small excavators, for instance, has been increasing because of small construction projects in areas such as farming, water conservancy and municipal engineering. Families can use small diggers because while large machines need professionals to operate them, small ones do not require a certificate. They are also affordable.

Buyers on supplier.alibaba.com search for ‘micro excavators,’ ‘one ton,’ ‘low prices,’ and ‘self-use,’ according to analysis by Shandong Rhinoceros Engineering Machinery.

Rhinoceros has tried to improve its product design based on this analysis and inquiries from clients, Xu Qiuxia, manager of its international business department, told Yicai Global. The firm began to develop and sell small excavators in 2015.

XCMG, for instance, had 5,733 patents as of the end of last year, including 1,537 for invention. It is also producing electric sanitation vehicles.

“Expanding into international markets is not about one company’s efforts alone but on the deep integration of the supply chain, industrial chain and value chain,” said Lu Chuan, president and deputy secretary of the Party Committee of XCMG.

XCMG has formed Allied Forces of Overseas with more than 80 Chinese-funded companies to serve customers worldwide by building a cooperation platform for global transportation, construction and equipment.