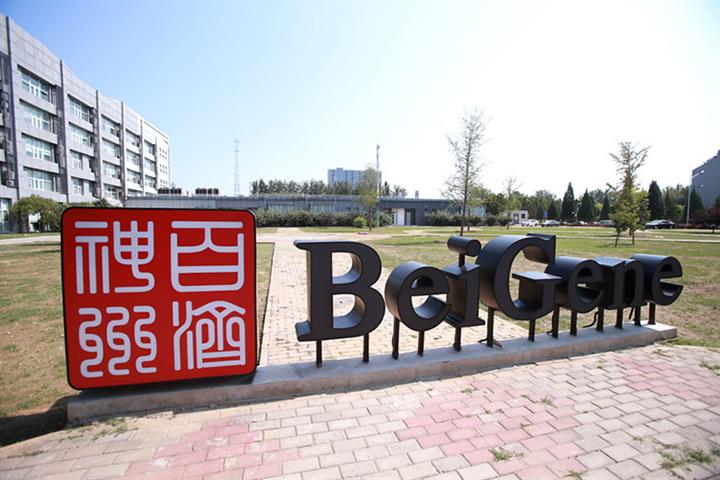 (Yicai Global) May 6 -- BeiGene swung to a loss in the first quarter of the year mainly because the Chinese biotech company’s income from collaborations slumped.

BeiGene has made progress abroad. The first Chinese cancer drug approved in the United States, Brukinsa, has been reaching more patients. Sales of the Bruton's tyrosine kinase inhibitor jumped almost five times to USD104.3 million in the quarter.  The medicine has been approved in 47 markets, including the European Union, the United Kingdom, Canada, and Australia.

The firm has been doubling down on drug development. Its research and development costs jumped 22 percent to USD389.9 million over the reporting period due to increases in headcount and expenses related to product discovery.

In the current quarter, the ongoing global Covid-19 pandemic is expected to weigh on the company's operations. BeiGene strives to minimize delays and disruptions and has protocols in place to execute its commercial and regulatory goals globally, it said.