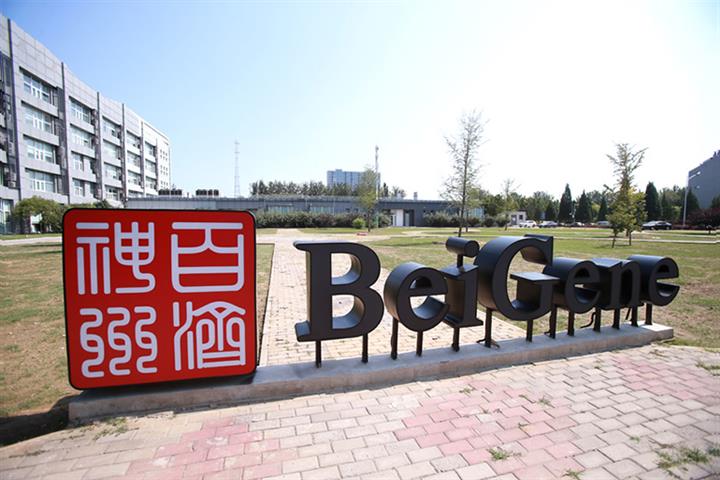 (Yicai Global) Aug. 5 -- Beigene’s shares surged after the Chinese biopharmaceutical company’s product sales jumped 130 percent in the first half of the year.

The leap in sales revenue was mostly due to the sales growth of Beigene’s self-developed products Zanubrutinib Capsules and Tislelizumab Injection. Global sales of Zanubrutinib, a Bruton tyrosine kinase inhibitor and China’s first innovative drug to be launched overseas, exceeded CNY1.5 billion in the first half, versus CNY417 million in the same period last year. Domestic sales of Tislelizumab, a PD-1 tumor drug, soared 62.5 percent to CNY1.3 billion in the period.

The demand from new patients with the expansion of medical insurance reimbursement continued boosting Tislelizumab’s market penetration and market share in the treatment of approved indications, Beigene said.

Operating loss increased by CNY4.1 billion to CNY6.4 billion, mainly because of the CNY2.8 billion plunge in collaboration revenue and the appreciation of the US dollar against the Chinese yuan that resulted in an exchange loss of CNY771 million, BeiGene noted.

Collaboration revenue declined because Beigene confirmed USD650 million worth of prepayment from Novartis in the first half of last year for a cooperation on Tislelizumab.