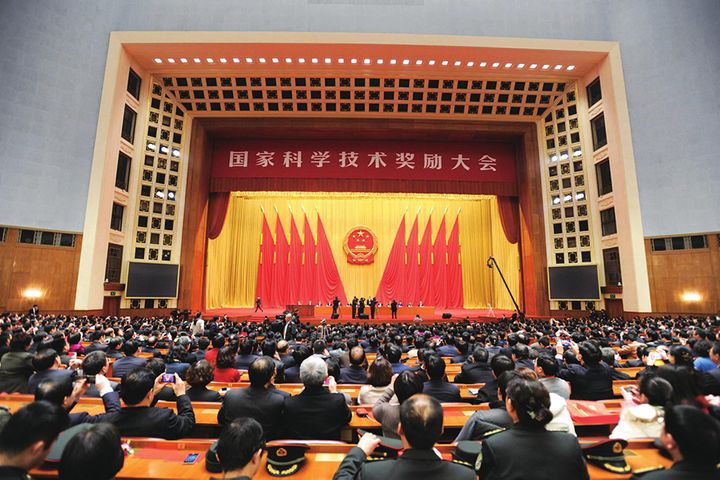 (Yicai Global) Jan. 10 -- China has honored submarine engineer Huang Xuhua and meteorologist Zeng Qingcun with the nation's top science award for 2019 in recognition of their outstanding contributions to innovations in science and technology.

Huang, 93, a member of the Chinese Academy of Engineering, has devoted his life's work to developing China's nuclear-powered submarines. He also won China's Medal of the Republic last year for his outstanding contributions to the country.

Two of the 13 projects that won the State Science and Technology Progress Award's gold medals are involved with semiconductors, a field in which China is pushing to develop its own industry. More than 20 listed firms, including Alibaba, Gree Electric, Dahua Technology and ZTE, had projects among the 65 than received the State Technological Invention Award.

An Alibaba Cloud team earned silver medals for key technologies and systems in cloud computing, while a silver medal went to Alicloud and Tsinghua University for their coded photography technology and application.

Young scientists, engineers and researchers have gradually come to dominate the awards. The average age of recipients was 44.6. That is two years less than in 2018. And over 60 percent of those honored were under 45, with the youngest project team having an average age of just 35.

Ten foreign experts won the International Science and Technology Cooperation Award. They included British chemist Sir Martyn Poliakoff, professor at the University of Nottingham and a fellow of the Royal Society, and Dr. Herbert Mang, professor for strength of materials at the Vienna University of Technology, who is also a former president of the Austrian Academy of Sciences.