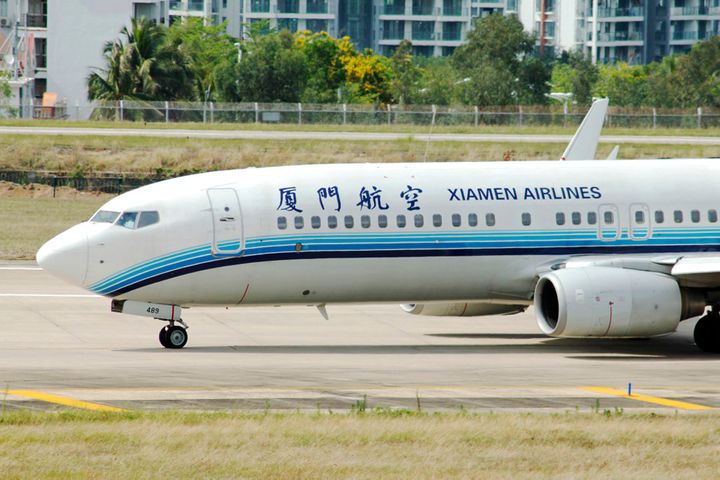 Controlling shareholder China Southern Airlines has approved feasibility tests on the use of the Airbus 321neo, several informed sources told Yicai Global. The 'new engine option' model has an expanded capacity to improve per-seat fuel costs and has an extended range of up to 900 kilometers.

XiamenAir has 206 aircraft, including 12 wide-body 787 jets and the remainder 737s. It had anticipated putting 10 new 737 Max planes into the skies this year but did not receive most of them after fatal crashes in Ethiopia and Indonesia led to aviation administrations grounding the aircraft worldwide.

The Fujian province-based carrier has received just one plane so far in 2019, a still unusable 737 Max, though it did recommission some of its retired 757 jets in order to meet increased demand over the summer.

Several other Chinese airlines, including Shandong Airlines, Suparna Airlines, Donghai Airlines and 9 Air also use Boeing plans exclusively. Changing that could be costly, as adding new aircraft to a fleet, especially when changing manufacturer, is typically an expensive process.

Uncertainty surrounding the China-United States trade tiff is also weighing in on the decision for XiamenAir to switch suppliers, the sources added, saying prices for American planes may increase depending on the eventual outcome of the quarrel.

China and the US have been at loggerheads since early 2018 and have since waged tariffs of between 5 percent and 25 percent on billions of dollars of goods traded between the two nations. Further negotiations could see Boeing 737 aircraft added to that list.