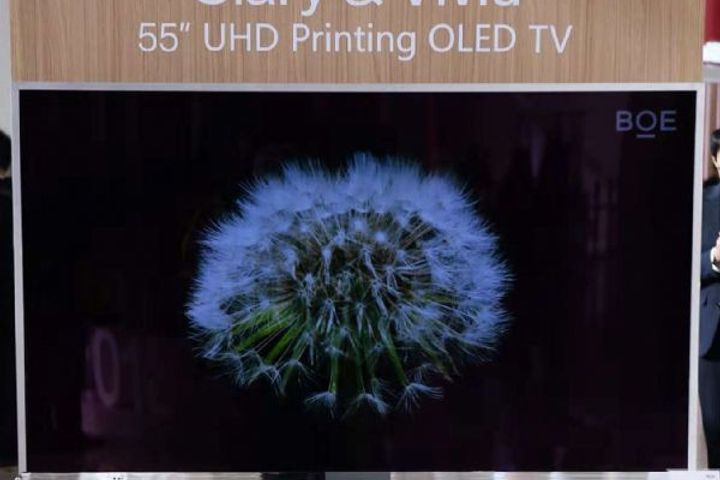 The popularity of these panels has been hit by high costs. In order to surmount the problem, Chinese and Korean companies have been actively setting up a layout for inkjet printing technology. The new technology's prospects in the large-sized OLED display sector are promising as inkjet printing know-how can boost the rate at which organic materials are utilized and cut costs.

Boe Technology's version uses the RBG full printing technology, with a contrast ratio of one million to one and a wide array of 96.8 percent NTSC (National Television System Committee, an analog television color system). During manufacturing, the organic material utilization rate hits 90 percent, helping to keep down the costs linked to equipment and consumables, Yicai Global learned.

The worldwide supply of OLED panels for TVs is still tight despite LG Display investing more in recent years. Although Samsung, another South Korean giant, has about 90 percent of the global market for small- and medium-sized OLED displays, its production of large displays has faced difficulties.