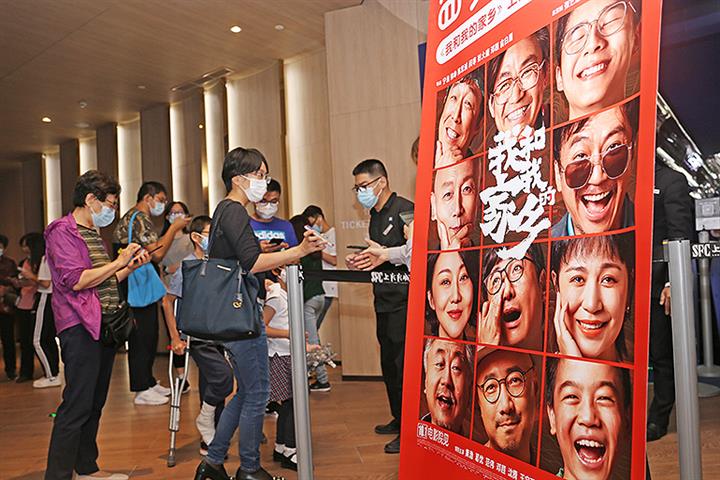 (Yicai Global) Oct. 15 -- China’s movie theaters have taken more money so far this year than any other country of region, including North America, for the very first time as overseas audiences shy away from cinemas due to the global coronavirus pandemic.

The nation’s box office takings were about CNY12.95 billion (USD1.9 billion) as of yesterday midnight, according to figures from Beacon, Alibaba Pictures’ film distribution and advertising platform. China-made movies contributed 84 percent of that, with historical war drama The Eight Hundred taking the No. 1 spot with CNY3 billion (USD446 million).

Seat occupancy picked up after cinemas reopened in the second half, as the Covid-19 outbreak was brought under control in China. The rate climbed up to 75 percent on Sept. 15 from 30 percent at the most on July 20, according to the China Film Administration.

The loosening of restrictions before the National Day holiday Oct. 1 to 8 boosted the box office to some extent during the break, the first significant schedule for movie theaters after they closed for six months. The holiday saw takings of about CNY3.9 billion from nearly 100 million moviegoers, per Beacon data as of Oct. 8.

Overseas movie markets have not fared as well this year. Big cinema operators in North America, including the US’ largest chain AMC, postponed reopening a number of times. To this day, they have not thrown open their doors to any great extent.

As a result, AMC Entertainment Holdings is considering a range of options, including a possible bankruptcy filing to ease its debt burden, according to Bloomberg News, though Chief Executive Adam Aron later denied that. He said AMC may seek to raise funds, most or all of it through equity financing. CMX Cinemas, the eighth-largest US movie theater chain, filed for bankruptcy in April.

In addition, The Walt Disney Company’s action drama Mulan, originally scheduled for a theater release, was moved to streaming platform Disney+ on Sept. 4 due to the pandemic.