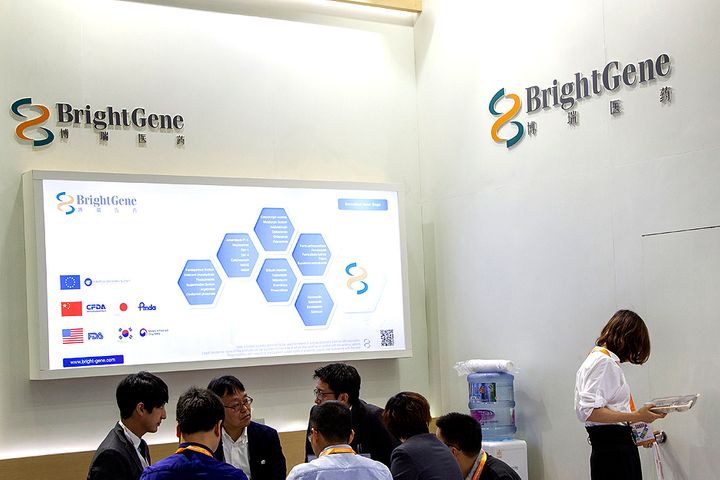 (Yicai Global) Feb. 12 -- Chinese high-tech pharmaceutical firm BrightGene Bio-Medical Technology has developed the synthesis process and preparation technology for the active pharmaceutical ingredient in antiviral drug Remdesivir, the company said in a statement yesterday that shot its share price [SHA:688166] up 20.01 percent to stop trading under the rules of Shanghai's new sci-tech SSE board at CNY52.12 (USD7.49) this morning.

In response to the national call to fight the novel coronavirus epidemic, Jiangsu province-based BrightGene has already produced batches of the API in the medication, which shows great promise in treating the bug, and is manufacturing preparations of the compound, per the statement. The pharmaceutical has proven its effectiveness in treating both the severe acute respiratory syndrome and Middle East respiratory syndrome coronaviruses which are of a structure similar to the one currently sweeping the world.

After the production of the APIs and preparations, the firm will have to clear the hurdles of clinical trials, drug approvals and other processes, it added. It will also need authorization from California-based Gilead Sciences as the patentee if it ultimately converts the existing APIs and preparations into products and markets them, procedures which are all fraught with great uncertainties.

"Remdesivir has had activity against every coronavirus we've tested, and I'd be surprised if it didn't have activity against this one," said Mark Denison, a virologist at Vanderbilt University in the US who has researched this virus family since 1984, the American Association for the Advancement of Science reported on its online journal on Jan. 27.

BrightGene's costs incurred in the development and production of the API and preparation is a ballpark CNY5 million (USD717,500). Further expanding production will also demand a projected CNY10 million-odd.

The company thus expects no significant impact on its performance this year from the product, but try telling that to investors.