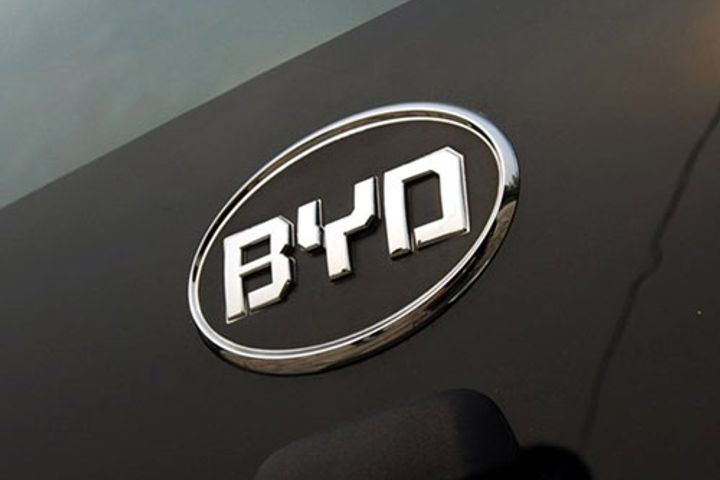 (Yicai Global) Aug 22 -- Shares of BYD tumbled after China's biggest manufacturer of electric vehicles forecast slowing profit growth for the first three quarters of this year amid a deep slump in the world's largest autos market and cuts in government subsidies for new energy vehicles.

Net profit may increase between 1.8 percent to CNY15.55 billion (USD2.19 billion) and 14.9 percent to CNY17.55 billion in the nine months ending September, the Shenzhen-based company said in an earnings report yesterday.

Auto sales in China fell 5.3 percent last month, according to the China Passenger Car Association. It was the 13th month that sales had fallen over a 14-month period. The slump is taking a toll on carmakers along with the phasing out of state subsidies that helped to spur robust growth in China's NEV market. Last month, NEV sales dropped for the first time in more than two years.

For the first half of this year, BYD's net profit gained threefold from a year earlier to CNY1.5 billion on a 15 percent jump in revenue to CNY62.2 billion thanks to its NEV and smartphone parts businesses, the firm's earnings report said.