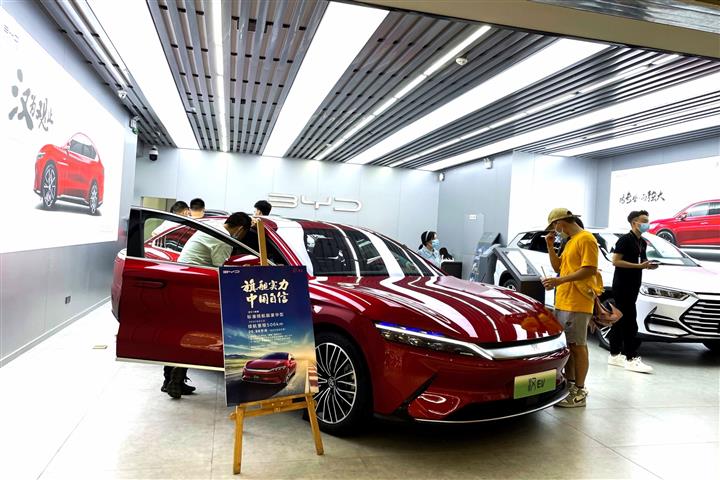 BYD sold 47,000 electric vehicles in global markets in July, followed by Tesla which shipped 35,000 units, according to EV Sales data.

Shenzhen-based BYD also led in the domestic market with sales of 51,000 vehicles in July, followed by Tesla’s 33,000 units, according to figures from the China Passenger Car Association. SAIC-GM-Wuling came third with 27,000.

Tesla is planning to release a less expensive vehicle, priced at around USD25,000, in 2023, according to a number of media reports, citing Chief Executive Officer Elon Musk.

Tesla is also being held back by limited production capacity as some plants were affected by the Covid-19 pandemic, Zhang said. Once the new models are released and production gets back to normal, Tesla’s sales volume will grow considerably, he added.

This is the second time this year for Tesla to make way for a Chinese competitor. In January, SAIC-GM-Wuling topped global rankings with its all-electric mini EV selling like hotcakes.