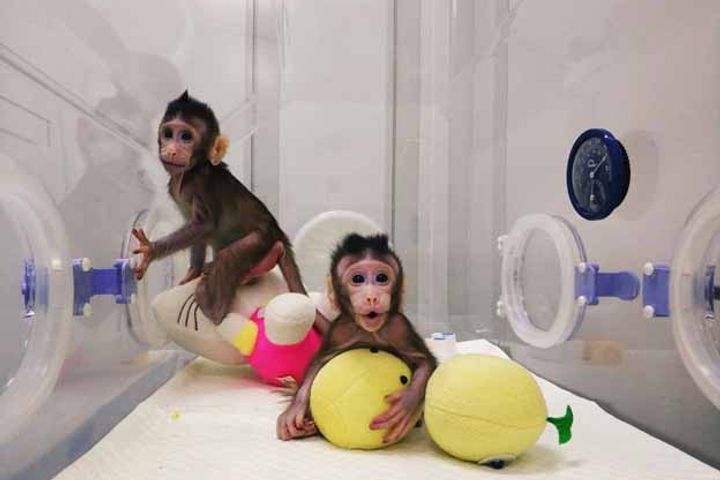 (Yicai Global) Jan. 25 -- Researchers at the Institute of Neuroscience under the Chinese Academy of Sciences have cloned non-human primates in a world first.

Scientists have cloned a range of animals since Dolly was produced in 1997. They have duplicated livestock and smaller animals, like cats and dogs. But until now have never replicated non-human primates, which are as close as it gets to the Homo sapiens form, using single cell nuclear transfer.

Dr. Sun Qiang and his team, who assured they operated under strict international ethical codes, worked on the project for five years before succeeding. The group has mastered the micromanipulation of somatic cell nuclear transfer in non-human pirates and tried a range of experiments to improve the quality of genetic modifications.