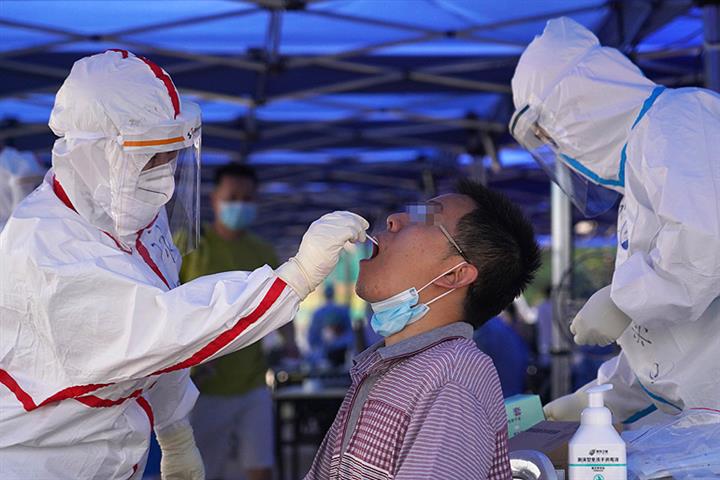 (Yicai Global) June 29 -- The cities of Beijing and Tianjin, Jiangsu province and other places in China have cut guide prices for Covid-19 nucleic acid tests as the production of test reagents increases.

A test can cost CNY120 (USD17) in Beijing, down from CNY180, the city's medical insurance bureau said yesterday. State-run hospitals must charge CNY120, while CNY180 is the upper limit for private medical institutions. Tianjin and Jiangsu have issued similar guidance.

The price of such tests is much lower now than the CNY200-plus before March, with many local governments having jointly procured kits to drive down the cost.