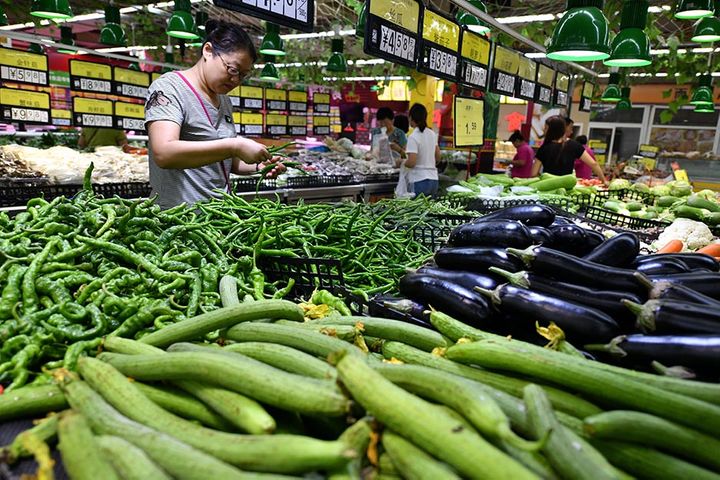 (Yicai Global) Oct. 15 -- China's consumer price index rose at the fastest pace in six years last month as soaring pork prices pushed up the cost of living by 3 percent from a year earlier. However, given pork's reduced weighting in the CPI basket of goods, monetary policy won't be constrained much, according to one expert.

In September, pork prices rose 69.3 percent year on year, up 22.6 percentage points from last month and contributing about 1.65 percentage points to the consumer price index increase, according to data published by the National Bureau of Statistics today.

Firstly, apart from hogs and oil, prices of consumer goods have barely risen. The increased cost of these two commodities is due to supply chain shocks, not demand.

Secondly, M2, a measure of money supply used by central banks, grew just 8.2 percent in August from a year earlier indicating that China's money supply is moderate and under control.

Thirdly, the gross domestic product deflator, a measure of price inflation, stood at just 1.5 percent in the first half. It remained at a low level and was not part of general inflation.

In the short term pork prices are expected to remain stable, but over the next year or two a continued shortage of the meat across China will drive up prices and could have a long-term impact on China's CPI, Wang added.

In the provinces where pig rearing has resumed, restored confidence in restocking herds can be seen through an uptick in sales of piglet feed and swine, Yang Zhenhai, director of the Ministry of Agricultural and Rural Affairs' Veterinary Bureau, said recently.

By the end of this year, African swine fever outbreaks are expected to be on the wane and various policies should have come into play, Yang said. Pig rearing capacity will have bottomed out and stabilized by that time and pork supply should gradually recover.

China's factory gate prices, a key indicator of corporate profitability, fell the most in more than three years in September partly because oil and natural gas extraction costs posted a steep decline.

That combined with and a higher base over the next several months will continue to exert pressure on the PPI, he said. The continued fall is not conducive to restoring industrial profits which may result in a further drop in industrial investments.

The producer price index has been falling since April and has been in negative territory since July.