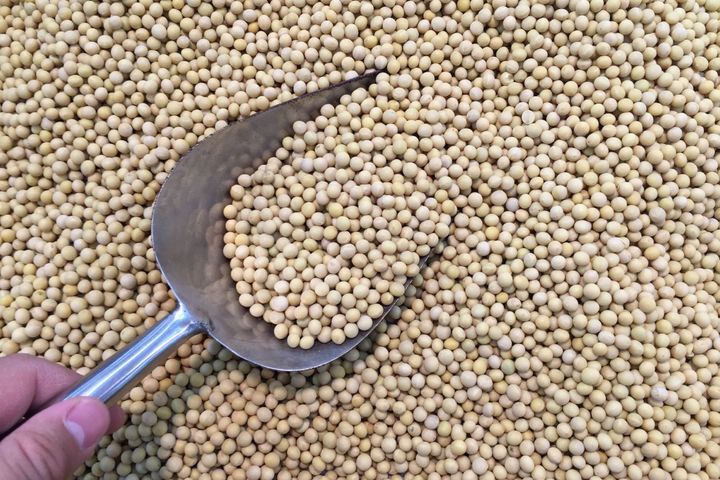 (Yicai Global) July 3 -- Chinese scientists have created a new gene-edited soybean variety that can thrive in the sunshine-deficient southern regions of China, a country that is highly dependent on soybean imports.

Working under the auspices of the China Academy of Agricultural Sciences, the scientists developed the new variety using genome editing, analysis of the effects of related genes on soybean flowering and newly developed technologies and materials, the Science and Technology Daily reported today. The results have already been published online in the Plant Biotechnology Journal.

The genetically modified plants could help China, whose soybean imports have doubled over the past decade, to reduce its dependency on foreign shipments of the grain. Last year, the country imported 88 million tons of soybeans in comparison with domestic production of just 16 million tons.

The new variety could be planted in southern China, which because it is rainy, short of sunshine and has a narrow temperature range has been unsuitable for soybean cultivation. The best places to grow soybeans in China are the provinces of Heilongjiang and Jilin and parts of Inner Mongolia.

The CAAS team that developed the GM soybean comprised the Transgenic Technology Research Center, the Institute of Crop Science and a research team focusing on soybean propagation technology.