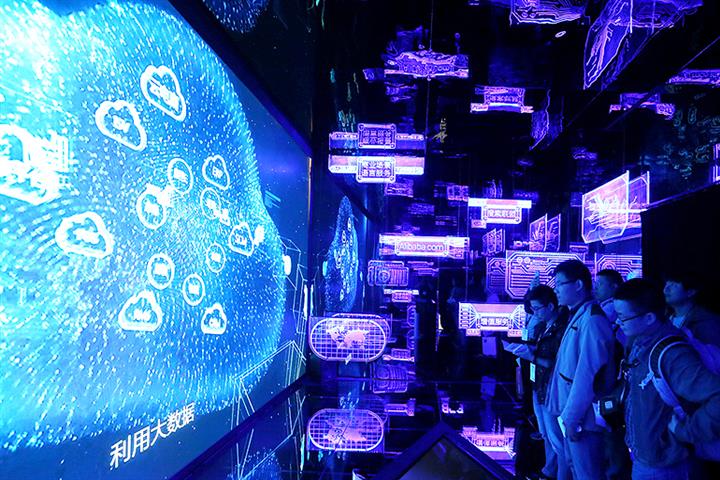 (Yicai Global) Jan. 13 -- China's digital economy should expand to make up 10 percent of the country's gross domestic product by 2025, according to the government.

The goal was included in the State Council's 14th Five-Year Plan for the Development of the Digital Economy, released yesterday. In 2020, economic activities based on digital technologies accounted for 7.8 percent of the world's second-largest economy's GDP.

The plan should help in creating a good environment for digital economy development, pointing out a sustainable and healthy direction, Wu Qi, executive director of the Wuxi Digital Economy Institute, said to Yicai Global.

The digital economy is the main economic paradigm after the agricultural and industrial equivalents, according to the chief administrative agency's document. The roadmap mentioned key tasks in eight areas, including upgrading digital infrastructure, pushing forward enterprises' digitization, and expanding international cooperation.

China will strengthen its support to sixth-generation wireless network research and development, enhance innovation in strategic fields such as integrated circuits and artificial intelligence, and facilitate the development of new types of business, per the State Council's document.

The country will explore establishing new rules in the fields of cross-border data flows, market access, anti-monopoly work, the digital yuan, and privacy protection, drawing on international rules and experience, according to the plan.

The accelerated integration of digital technology and the real economy has brought new momentum to economic development, said Wu at the Wuxi Digital Economy Institute. However, the digital economy leap has introduced a series of negative externalities including data security, data gap, and platform monopoly, according to the director.

Moreover, there are other issues. There is an imbalance in development between different regions, as well as between cities and remote areas, said Wu. The development of consumer internet and industrial internet should be balanced, the business environment improved, and innovation capacity strengthened, he added.

China should strengthen its data legislation and platform governance, and accelerate the establishment of a sound digital economy market supervision system, said Wu.