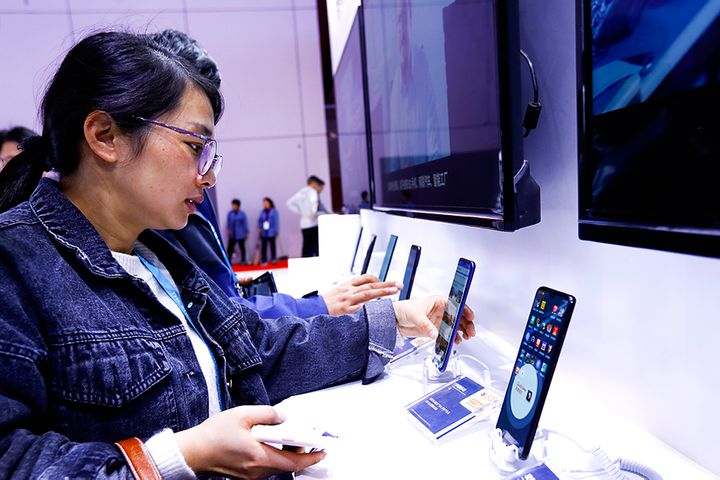 (Yicai Global) March 9 -- Smartphone shipments in China fell 54.7 percent to about 6.3 million units last month from a year earlier due to the disruption effect of the novel coronavirus epidemic, official figures show.

Some 37.3 percent, or about 2.4 million units, were fifth-generation mobile network handsets, according to data released today by the China Academy of Information and Communications Technology under the Ministry of Industry and Information Technology.

For the first two months of the year, shipments of smartphones fell 42.1 percent to 26.7 million, accounting for 98.2 percent of all mobile phones shipments. Android phones made up 89.5 percent.

A total of 16 new models -- 11 of them 5G phones -- were launched in the Chinese market in February, an year-on-year drop of 61 percent. The number of new models in January was eight. Chinese phone makers debuted 10 models last month, down 70.6 percent to make up 62.5 percent of all newly launched phones.

Domestic phone brand shipments were about 5.9 million units in February, falling 55.3 percent from the same period in 2019, and accounting for 91.8 percent of the total.