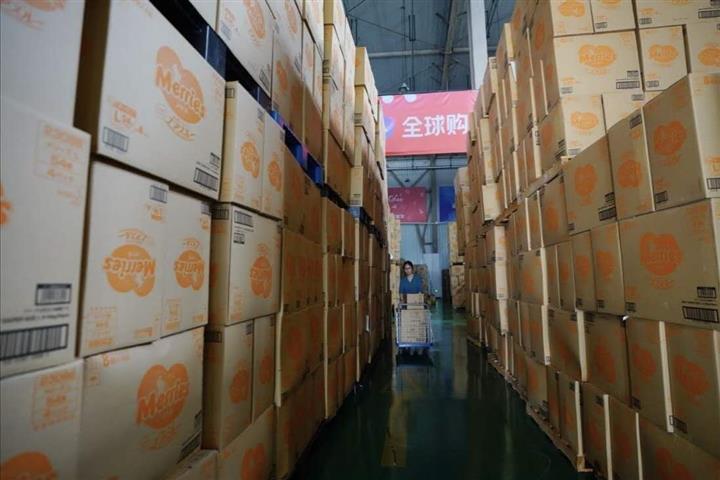 Online sales of retail goods climbed 9.7 percent to over CNY8 trillion (USD1.19 trillion) in the nine months ended September from a year ago, Gao Feng, spokesperson of China’s commerce ministry, said at a press briefing yesterday, without disclosing whether the pace slowed or increased.

The biggest importer was Japan, making up 16.3 percent of the value of foreign goods sold online. The US followed with a 15.1 percent market share and Australia was third with a tally of 8.9 percent. The most popular category was cosmetics, followed by grains, edible oils, and foodstuff. Garments and apparel was No. 3.

Rising consumption is not a privilege of urban areas. China's rural areas boosted e-commerce sales by 7.8 percent to CNY1.2 trillion in the first three quarters. Meanwhile, sales of farming products climbed more than 34 percent to CNY288.4 billion (USD43 billion), according to Big Data collected by the ministry.

China’s online spend on catering also surged by 10 percent over the nine months, with a corresponding increase in the online tourism sector, as the country's efforts to control the Covid-19 pandemic began to take effect, Gao added.