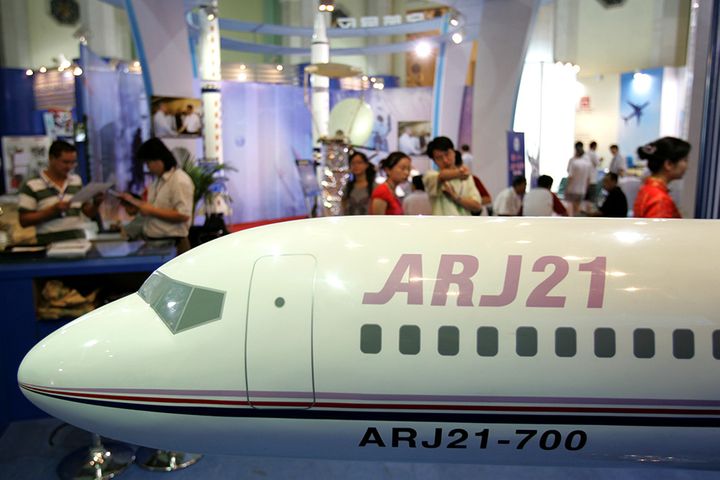 (Yicai Global) Aug. 22 -- China Eastern Airlines' subsidiary China Eastern Business Jet has changed its name and expanded its business scope as it looks to get its hands on the domestic-made ARJ21 passenger jet.

The firm has opted to rebrand as Yiersan Airlines, or Air 123, and added domestic passenger and cargo transport to its business scope, according to corporate information site Tianyancha.

The ARJ21 is the first solely China-made regional airliner. The 78-to-90 seat jets have a range of between 2,225 and 3,700 kilometers and are intended mainly to transport passengers between major metropolises and the smaller cities that surround them.

China Eastern will initially run ARJ21-700ER planes, ER for extended range, with each having 90 seats and only an economy class section.

Air 123 is also expected to begin running the COMAC C919, a narrow-body twinjet airliner made by Commercial Aircraft Corp. of China. China Eastern is set to be the first company to use the C919 when it receives delivery of its maiden order in 2021.

COMAC had the capacity to make 15 ARJ21 planes last year and expects to make 25 this year and 30 in 2020, it told Yicai Global, adding that the company expects to deliver more than 100 of the aircraft.