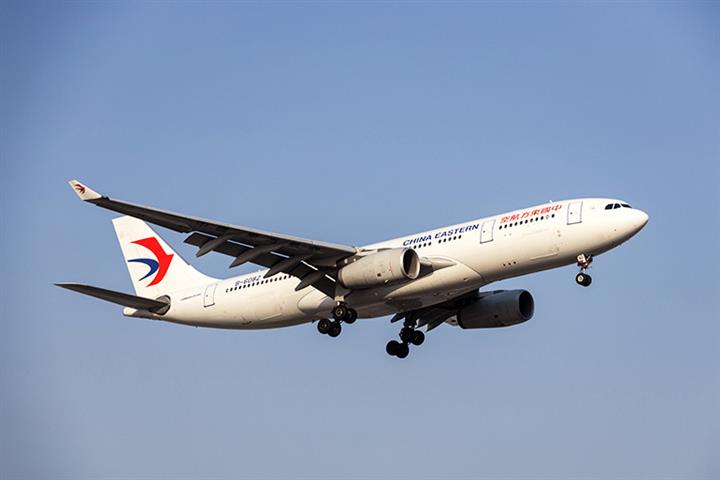 (Yicai Global) March 21 -- China Eastern Airlines is grounding its entire Boeing 737-800 fleet after one crashed on a mountainside in southern China today with 132 people on board, an official at the Shanghai-based company told Yicai Global.

The Boeing 737-800, which had been in service with China Eastern Airlines for just under seven years, was en route to Guangzhou in southeastern Guangdong province from Kunming in southwestern Yunnan province, broadcaster China Central Television reported.

The number of casualties and the reason for the aircraft’s downing are not yet known, CCTV said.

Flight MU5735 took off at 1.15 p.m. from Kunming Changshui Airport, contact was lost and it came down near Teng county in Guangxi Zhuang Autonomous Region at about 2.30 p.m., CCTV said. It was carrying 123 passengers and nine crew members.

Rescuers have been dispatched to the site of the disaster, CCTV said. A local hospital told Yicai Global that it has sent staff and vehicles to help with the rescue work. No casualties have yet been found at the scene of the crash, according to video footage sent back to the hospital.

The aircraft’s downing comes as US plane maker Boeing was getting close to regaining permission for its Boeing 737 Max, a different type of aircraft, to fly in China after it was grounded for nearly three years following two deadly crashes.

A Boeing representative told Yicai Global that it is gathering information about today’s crash.

Baiyun International Airport in Guangzhou has set up a special team to take care of family members of the 132 people aboard the plane. Airport staff are collecting information from the families.