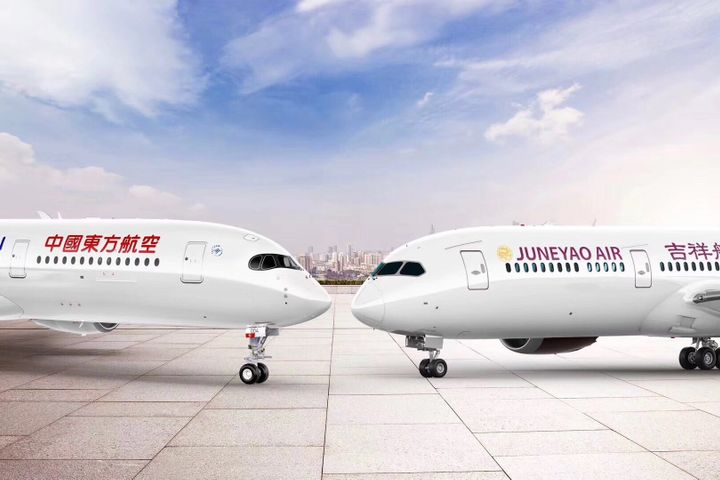 The Shanghai-based airline will subscribe to 169 million non-public offered shares in Juneyao through its Eastern Airlines Industry Investment unit, according to a statement from Juneyao, adding that the deal will not affect the equity structure at the carrier.

China Eastern Airlines and Shanghai Airlines account for 40 percent of the market share in Shanghai, followed by Juneyao Airlines, the city's third largest carrier with an 8 percent share. Lin Zhijie, a civil aviation insider, pointed out in state-backed The Paper, that the in-depth cooperation between the two airlines will result in better control of the market in the city.

The two companies' flight tickets are already available on each other's official websites and there is room for more cooperation at management levels on both sides in the future, which will create a more competitive environment for peers such as China Southern Airlines and Spring Airlines.

Juneyao will use the funds to import three Boeing 787 Dreamliners, buy one Genx-1B74/75 spare engine and pay off loans excluding expenditure related to the issuance. The funds will cover one-thirds of the listed prices for the aircraft and engine, which cost a combined CNY6 billion.

Some CNY552 billion of the funds raised will go towards repaying the loans that expire next June. Juneyao's debt asset ratio reached 56.6 percent as of the end of last year, while remaining arrears at the end of September totaled CNY10 billion.

After the completion of this non-public offering, both airlines will hold equity in each other after a deal in July to offer non-public shares to Juneyao Airlines worth HKD 3.6 billion (USD450 million). Juneyao will hold around five percent of total share capital in China Eastern after the deal.