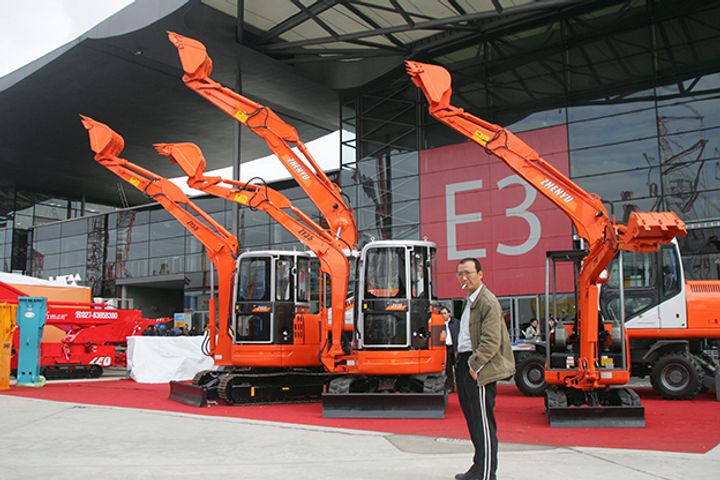 (Yicai Global) Oct. 9 -- Though the Chinese government has yet to publish macroeconomic data for the third quarter, some composite leading indicators show the Chinese economy making advances while maintaining stability and moving in a positive direction.

Gross domestic product (GDP) growth for the just-ended third quarter could reach 6.8 percent, market participants told Yicai Global. Despite a decline in indicators in the third quarter, such as exports, restocking and infrastructure investment, which underpinned economic growth in the first half, China's GDP growth could stay at around 6.8 percent in the third quarter as property investment was more robust than the market had expected during the period, and consumption and the services sector relatively stable, Zhang Jun, chief economist at Morgan Stanley Huaxin Securities Co., told Yicai Global.

Preliminary estimates show that GDP growth was about 6.8 percent in the third quarter and the consumer price index was up 1.5 percent, per a report issued Sept. 29. by the National Academy of Economic Strategy affiliated to the Chinese Academy of Social Sciences. The report also expects industrial production to keep growing moderately in the fourth quarter and projects a slight decline in investment growth and stable consumption growth.

China's PMI index has stayed at above 51 percent for the 12th straight month and surpassed 52 percent last month, indicating the economy enjoys a solid foundation for remaining stable and moving in a sound direction, as Chen Zhongtao, an analyst at China Logistics Information Center, explained.

The strong growth in the excavator industry, which is widely used in the real estate, railway, roadway, mining and other infrastructure sectors, points to a promising macroeconomic outlook.

China sold 91,439 backhoes from January to August this year, up 101.1 percent annually, per latest data from the China Construction Machinery Association's excavator branch. Some 85,766 sold domestically, an increase of 111.1 percent from a year ago, while 5,641 were exported, up 17.8 percent from the previous year.

Given that some cyclical industries like excavators keep growing rapidly, risks that industrial production and overall investment will fall substantially in the future are small, Liu Zhe, director of the Wanb Institute's New Supply Economics Research Center, told Yicai Global.

Rail cargo volumes rose 14.6 percent annually to 1.936 billion tons in the first eight months of this year, latest figures from the National Railway Administration show. Some 250 million tons of cargos were transported in August, up 11.5 percent from a year ago, the 13th straight monthly increase.

Rail freight volumes have maintained double-digit annual growth for every month this year and grew 19.4 percent in February, the fastest pace in recent years.

The sustained increase in rail cargo volumes is a testament to the fact that the Chinese economy has stabilized and is entering a new development phase, Liu told Yicai Global.