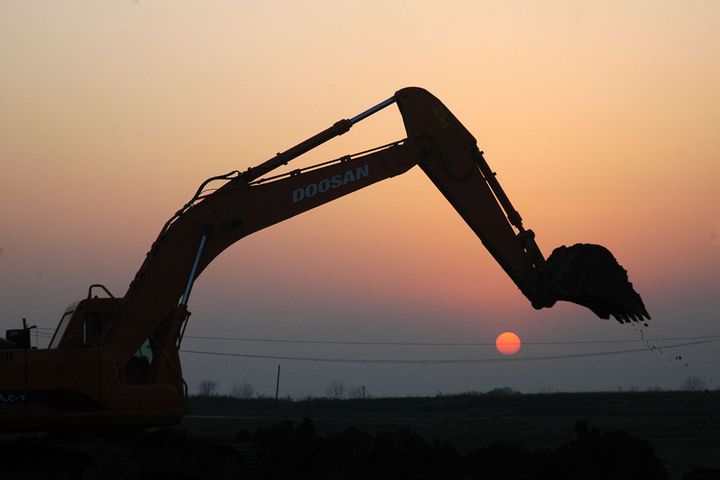 China's Excavator Sales Are on Track for Record High This Year

(Yicai Global) April 9 -- China's excavator sales soared 15.7 percent on the year last month, and could be set to create a new record high this year amid increased demand from infrastructure projects and overseas buyers.

China's excavator sector is going to hit a peak period this year, according to a recent Sinolink Securities analysis. Sales should hit a record high in 2019 as the growth rate of downstream infrastructure investment bottoms out and demand for real estate becomes more optimistic, it said.

The figures did not give a specific breakdown on export details, but overseas shipping of Chinese excavators has been on the climb since last year. Sany Heavy Industry's forecast its global revenue would climb 5.1 percent in 2018 to CNY6.1 billion (USD907 million), according to its interim report that year. It was operating much more smoothly in international markets and sales to European and American markets were a major contributor to the gain, it said.

Another factor helping the industry has been China's Belt and Road Initiative, according to a research report from the China Construction Machinery Association. Many major excavator makers have benefitted from the scheme, a multi-continent trade and infrastructure route devised by Chinese President Xi Jinping in 2013, per the report.

The firms either partner up with Chinese construction firms working in Belt and Road countries, acquire local producers based in these nations, or set up their own factories overseas, the association added.