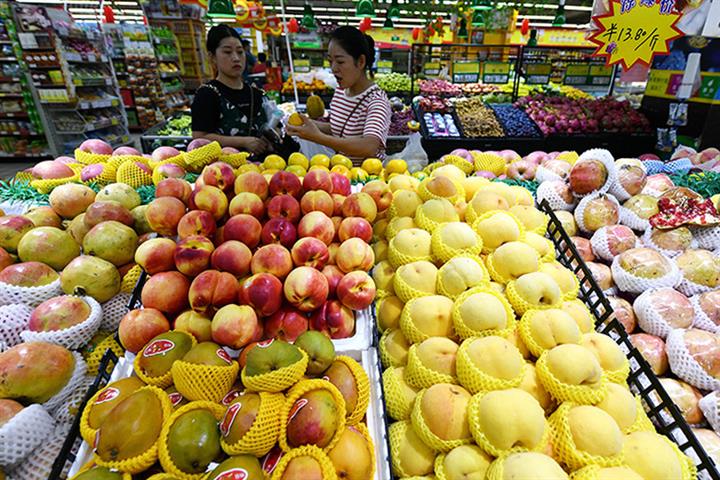 (Yicai Global) June 9 -- China’s industrial producer price index, an indicator of corporate profitability, added 9 percent last month from the same period last year, the most in 13 years, largely due to surging international commodity prices, according to the latest data.

This was a big jump from April’s 6.8 percent year on year gain, the National Bureau of Statistics announced today. Price increases in raw materials were the main reason behind the increase in factory gate prices. Prices in the oil and natural gas extraction industry nearly doubled in May, and those in the ferrous metal smelting and rolling processing sector advanced 38.1 percent.

Meanwhile the consumer price index, a key gauge of inflation, ticked up 1.3 percent in May, its fastest pace since September, the bureau said. However, there is no need to worry about inflation in the short term, industry insiders said.

Factory gate prices are expected to become stable in the third quarter and could inch down in the fourth quarter as waning demand, the long industrial chain and a more flexible Chinese yuan exchange rate offset some of the imported inflation, said Wu Chaoming, chief economist at Chasing Securities.

Rising international bulk commodity prices continue to impact the PPI and squeeze the profits of downstream companies, said Tan Zhuo, director of China Merchants Bank's Macroeconomic Research Institute. However, the basis for long-term inflation does not exist as economic fundamentals and policies will not permit it.

There is no need to worry about inflation in the short term, said Wang Han, chief economist of Industrial Securities. Consumer price inflation requires the coordination of demand, supply and liquidity. It may not be easy for higher upstream prices to weigh on the CPI.

Inflationary pressures are rising, but they will not cause market chaos, said Xu Sitao from Deloitte China. Even if the economy recovers strongly, the global economy still has the ability to control pricing to ensure that bulk commodity price rises do not impact the market. Inflation is unlikely to rise sharply if there is no big upward pressure on wages.

Non-food prices and core CPI are expected to rise further under the combined effect of the accelerated restart of the service industry and higher international bulk commodity prices, Wu said. However, the fall in pork prices and the difficulty for people’s income to recover will restrict the growth rate of the CPI, which will recover moderately over the course of the year, he added.