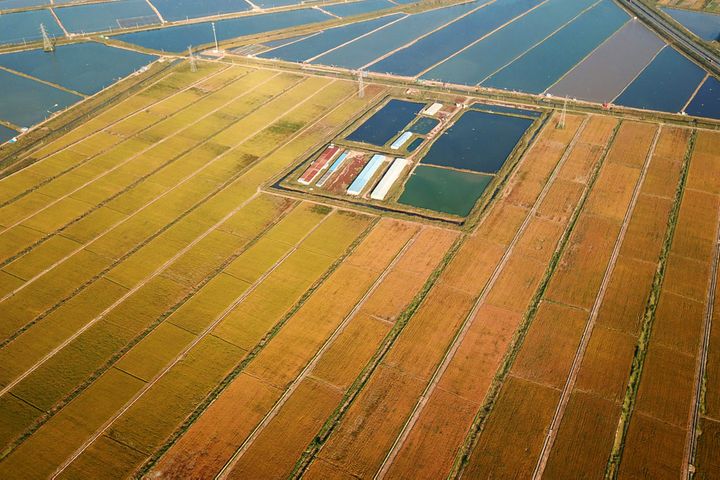 Sea rice is a strain of long-grained hybrid wild and cultivated rice normally grown along beaches and marshes that tolerates brine, has stronger survival ability than ordinary rice, and is resistant to water-logging, saltwater, alkali, diseases and insects.

Tieli lies in the third and fourth accumulated temperate zones in the alpine region. It is also one of the world's three major soda saline-alkali soils, so it has obvious advantages for frigid zone rice breeding.

Cold region breeding in Tieli will meet the demand of rice farming areas in Northeast China and the eastern Inner Mongolia Autonomous Region and is quite regionally representative for the research and development of alkali and cold tolerant rice, said an employee from the center.

Yuan's sea rice team has established eight experimental planting bases in five major saline-alkaline areas in the country to date. About 1,333 hectares of the variety has been planted. The sea rice cultivated in the Daqing area of Heilongjiang province last year may have yielded over 7,500 kilograms per hectare.

The hardy hybrid has thus far been grown in fewer than 13.3 hectares in the Northeast. The plan is to extend this to 1 million hectares in the region In the next three years, per the report.

As much as half of China's paddies grow Yuan's hybrid rice species and these yield 60 percent of China's production. Yuan's efforts have lifted China's rice output to 195 million tons in 2017 from 57 million tons in 1950. About 300 billion kg of rice has been produced over the last 20 years, as against the estimated production without the hybrid rice. This increase is enough to feed 60 million people.